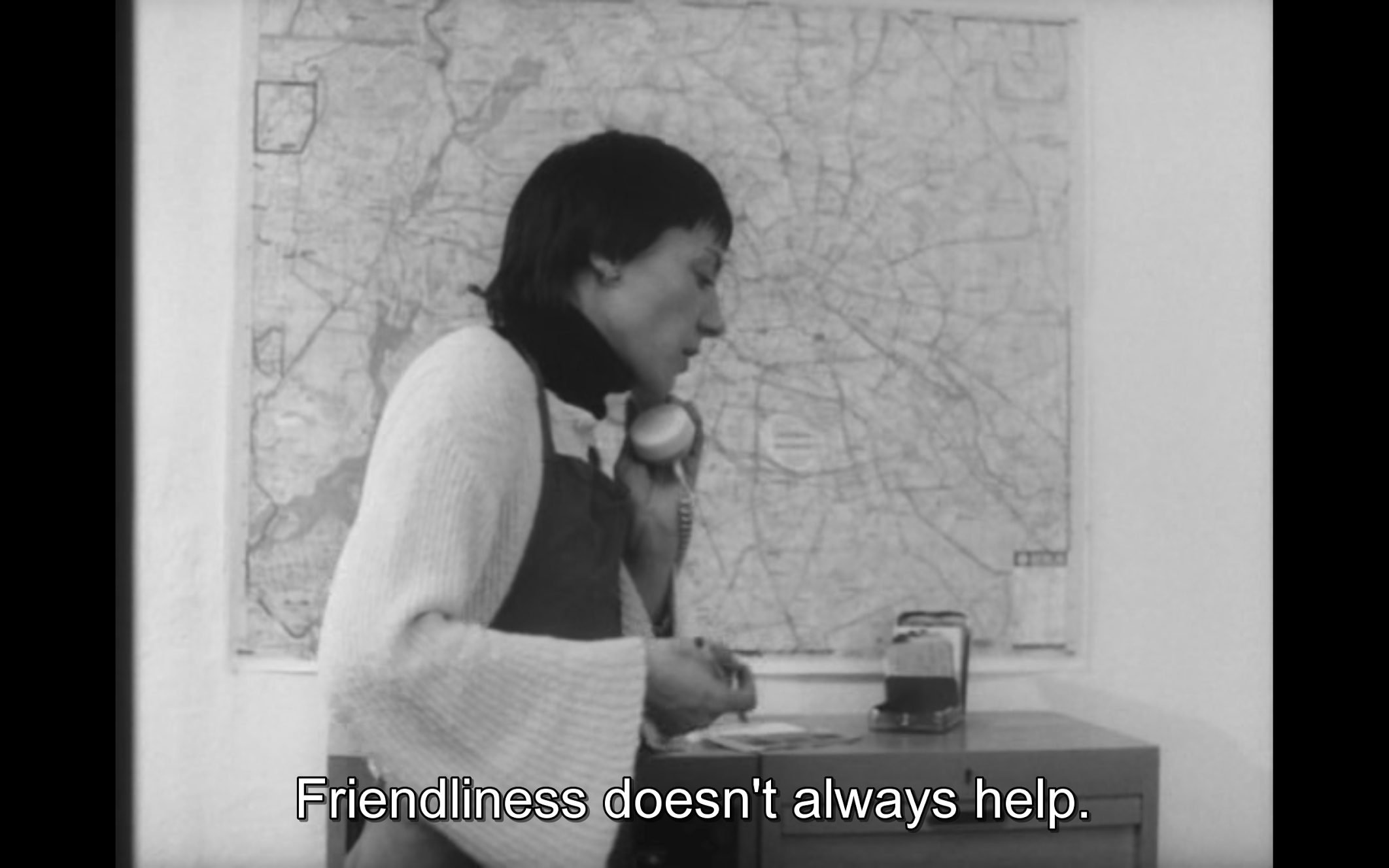 Edda Chiemnyjewski, a freelance press photographer and single mother living in 1970s West Berlin, is confronted with the fact that “a cook has no time for affairs of state”. She also fails to find a market for the project she has been working on with her women?s photography group that seeks to document the city. While from today?s perspective the city, which becomes one of the film?s protagonists, looks like post-war Berlin, little has actually changed as regards the precarious existence of free-lancers. With a heavy dose of self-irony Helke Sander, who also plays the leading role, tells of a divided life in a divided city from the perspective of an uprising precarious creative class, whose vicissitudes and struggles preclude the ones we are so familiar with nowadays.

About the Filmmaker: Helke Sanders was Born in Berlin and attended school in Remscheid and drama school in Hamburg (1957/58). Sander married a Finnish author Markku Lahtela in 1959 and had a son, Silvio, before moving to Helsinki, where she directer directed and performed in Ernst Toller’s play “Der deutsche Hinkemann” three or four times a week, as well as a production of Grass’ “Noch zehn Minuten bis Buffalo.” If that weren’t enough she also taught classes on drama and improvisation. In 1964, she worked as a director for Finnish TV, but when she returned to Germany the following year, she couldn’t find work. So, she began her studies at the Deutsche Film- und Fernsehakademie in Berlin (Berlin film and Television Academy), becoming one of its first graduates. Active in the students’ movement, Sander founded the “Aktionsrat zur Befreiung der Frau” in 1968 and spoke at the SDS (Socialist German Students)-conference in Frankfurt, where she stressed that women are only accepted when they adapt – not only in society as a whole, but in the students’ movement too. Her speech is often considered the beginning of the New German Women’s Movement.
She co-founded the women’s group “Brot und Rosen” in 1972 and the journal Frauen und Film in 1974, which became the first European feminist film journal.