Executive Director since 2014, Sarah Russin is expanding upon LACE’s experimental spirit and legacy of presenting groundbreaking and socially engaged art. With the LACE team and board of directors, Sarah is dedicated to the development and support of artists and artistic communities, and to offering LACE as a communal center that welcomes a broad audience to experience and create dialogue around contemporary art and culture. Shortly after arriving at LACE, she established two signature annual programs: the Emerging Curator’s Program, designed to discover curatorial talent in Los Angeles, and the Summer Artist in Residence Program, which since its inception, has featured Native Strategies, Rafa Esparza, Jibade-Khalil Huffman, Jimena Sarno, and Young Joon Kwak with Mutant Salon. In celebration of LACE’s 40th Anniversary, Sarah worked closely with The Getty Research Institute in their acquisition of The LACE Archives.

Prior to LACE Sarah worked in higher education in various capacities. At Otis College of Art and Design, she served as Assistant Vice President of Institutional Advancement, and previously as Director of Alumni Relations, developing support for the college in the areas of collaborative partnerships, corporate and foundation relations, marketing and communications, and individual giving. Before joining Otis in 2002, Sarah oversaw recruitment efforts for Art Center College of Design, where she reviewed thousands of portfolios, and led Art Center’s highly regarded Night and Saturday High Programs. She served on the board of the Barnsdall Park Foundation for seven years. Sarah holds a BFA from Rhode Island School of Design.

Daniela Lieja Quintanar (Mexico City, 1984) is LACE curator since 2016. She works between Los Angeles and Mexico, emphasizing contemporary art and curatorial practices that explore the politics and social issues of everyday life.  She is part of the curatorial team of MexiCali Biennial 2018-19, and was recently awarded the Warhol Foundation Curatorial Research Fellowship.  She served as Project Coordinator and Contributing Curatorial Advisor for Below the Underground: Renegade Art and Action in the 1990s Mexico at the Armory Center for the Arts in Pasadena, Getty PST:LA/LA initiative. In 2016, she worked with artist Teresa Margolles for her contribution La Sombra to the Public Art Biennial CURRENT: LA Water. In 2016, she was Research Assistant for the exhibition The Metropolis in Latin America, 1830–1930 of the Getty Research Institute, PST:LA/LA. She organized with LACE La Pista de Baile by Colectivo am, as part of the Getty/Redcat PST: Live Art LA/LA Performance Festival. She curated Unraveling Collective Forms (2019); CAVERNOUS: Young Joon Kwak & Mutant Salon (2018) and Emory Douglas: Bold Visual Language (2018 co-curated with Essence Harden); home away from by Jimena Sarno (2017), El Teatro Campesino (1965-1975), (2017 co-curated with Samantha Gregg) at LACE, Between Words and Silence: The Work of Translation and Down and to the Left: Reflections on Mexico in the NAFTA Era at the Armory Center for the Arts (both 2017, co-curated with Chief Curator Irene Tsatsos), and Acciones Territoriales (Territorial Acts) at the Museo Ex Teresa in Mexico City (2014). Lieja holds a BA in Ciencias de la Cultura from the Universidad del Claustro de Sor Juana, Mexico City, and an MA in Art and Curatorial Practices in the Public Sphere from the University of Southern California.

Juan Silverio is a multi-disciplinary artist and arts professional based in Los Angeles. They came to LACE as a Getty Marrow intern in 2019, and now run all facility operations including exhibition installation, inventory management, and art handling. Juan has held curatorial assistant and intern positions at 18th Street Arts Center, LACE, UCSB Special Collections Library, and the Getty Research Institute. In 2018, they curated a group exhibition at Self Help Graphics titled, “Hacer, Deshacer, y Rehacer” featuring works by Roberto Gil de Montes, Los Four, Dalila Paola Mendez, Carlos Ibanez and more. They have participated in solo and group exhibitions in Santa Barbara and Los Angeles, including Viva Las Fotos: A Day of the Dead Memorial for Laura Aguilar at Avenue 50 Studio. Juan is a 2022 All Paper Seminar Fellow at the Benton Museum and holds BA degrees in Art and Chicana/o Studies from the College of Creative Studies and University of California, Santa Barbara.

Camille Wong is a research-based artist and arts administrator in Los Angeles. They began at LACE as the inaugural Mel and Leta Ramos Family Foundation Apprentice in 2020 and now coordinate the organization’s external communications and marketing. Her practice is invested in finding invisible dynamics of power embedded in technologies, social infrastructures, and the built environment. Their approach spans interactive websites, experimental video, sculpture, and writing, to reveal the extensive influence of power obscured within the texture of social spaces. Wong is currently a MFA student in the Design Media Arts department at the University of California, Los Angeles. They received a BA in Art and Environmental Studies at the University of California, Santa Barbara.”

Fiona is a creative organizer based in Los Angeles and the Bay Area. She is the Curatorial Project Manager at Yerba Buena Center for the Arts. She was previously the Managing Editor at Art Practical, the Assistant Director at Los Angeles Contemporary Exhibitions, and has extensive experience working with arts nonprofits and visual arts organizations including &art&, the Hollywood Arts Council, the Skirball Cultural Center, Creative Migration, and RITE Editions.

Fiona is also a dedicated advocate for arts and artist funding. She was selected as an Arts for LA ACTIVATE Fellow in Cultural Policy for 2016-17 and served as an arts delegate for Los Angeles Arts Day in 2017. She frequently collaborates with artists as a producer and curator, developing multi-part performances often in the public space. Ball holds a BA in Art History with a minor in Education Studies from the University of California, Los Angeles and an MA in Curatorial Practice from California College of the Arts.

Ana Briz is a researcher, writer, and curator in Los Angeles, the traditional, ancestral, and unceded territory of the Tongva peoples. In 2021, she joined the LACE team as curatorial assistant to (un)disciplinary tactics: Beatriz da Costa. Her research is situated in the field of performance, art, and visual culture in the United States with an emphasis on queer, feminist, and anti-racist work by BIPOC in California. She is broadly interested in issues of displacement, gentrification, mourning, and resistance in contemporary art and culture. The abolitionist imaginary informs her curatorial practice and research interests. Briz is currently a Ph.D. candidate in American Studies and Ethnicity at the University of Southern California and holds an M.A. in Curatorial Practices and the Public Sphere from the University of Southern California and a B.A. in Art History from Florida International University.

Yuriko Chavez is an incoming junior majoring in Chican@ Studies at the University of California, Santa Barbara. She is a fellow of the Engaging Humanities program, member of the Gaucho Tour Association, and serves as a reporter for the campus newspaper, The Bottom Line. Charmed by LACE’s mission statement and inspired by her class, “Museum Collections and Cultural Politics,” led her to apply for LACE’s apprenticeship. In her free time she enjoys crocheting, writing poetry and letters.

Mary is an experimental music composer and multi-media artist who lives in Los Angeles and has worked in music, performance, video, photography, and installation. She has an MFA in Art from CalArts and a BA in Music from University of St. Thomas. Her work has been shown at: DiverseWorks, Huntington Beach Art Center, New Music America, The Orange Show.
Mary (at) welcometolace.org 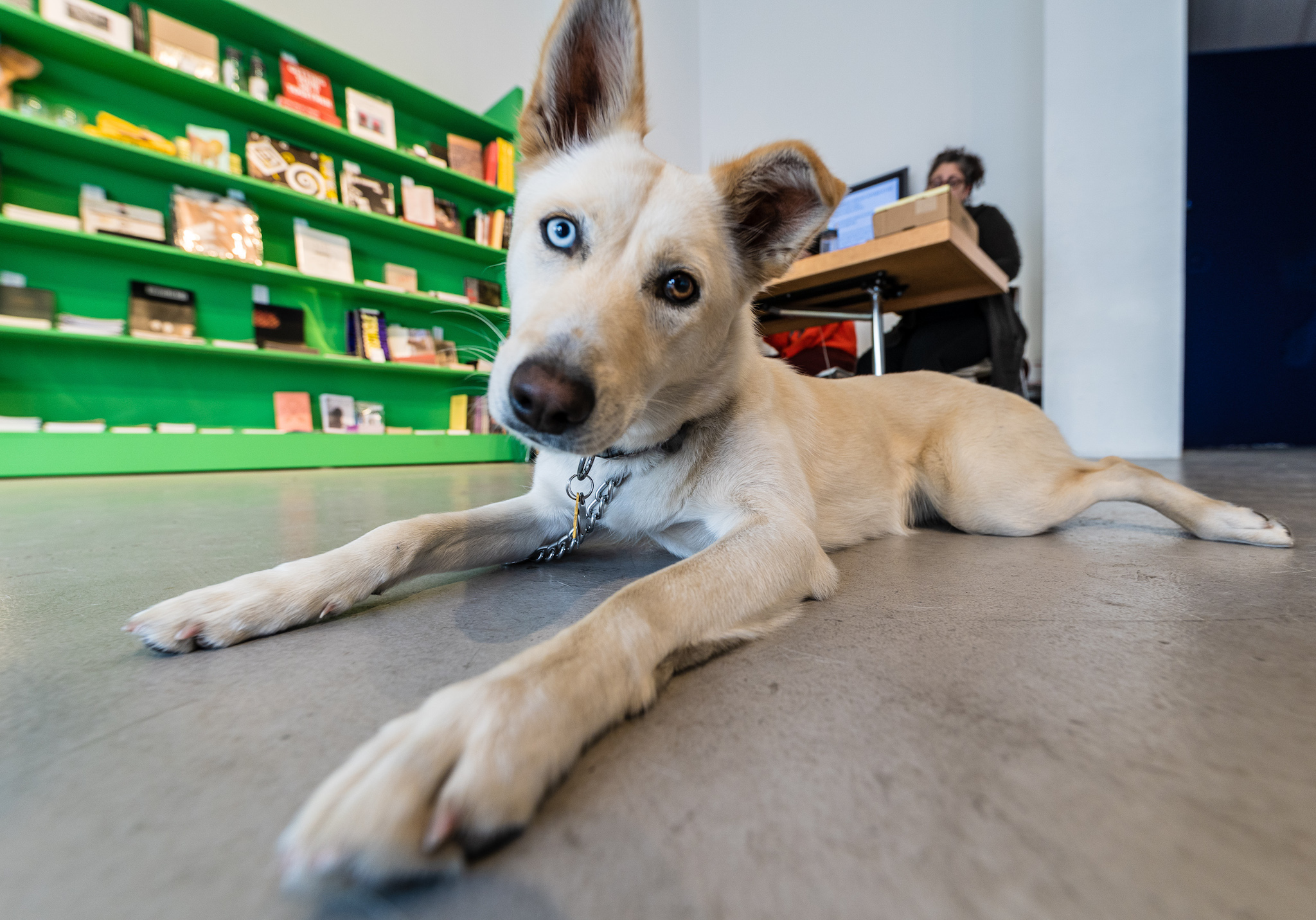