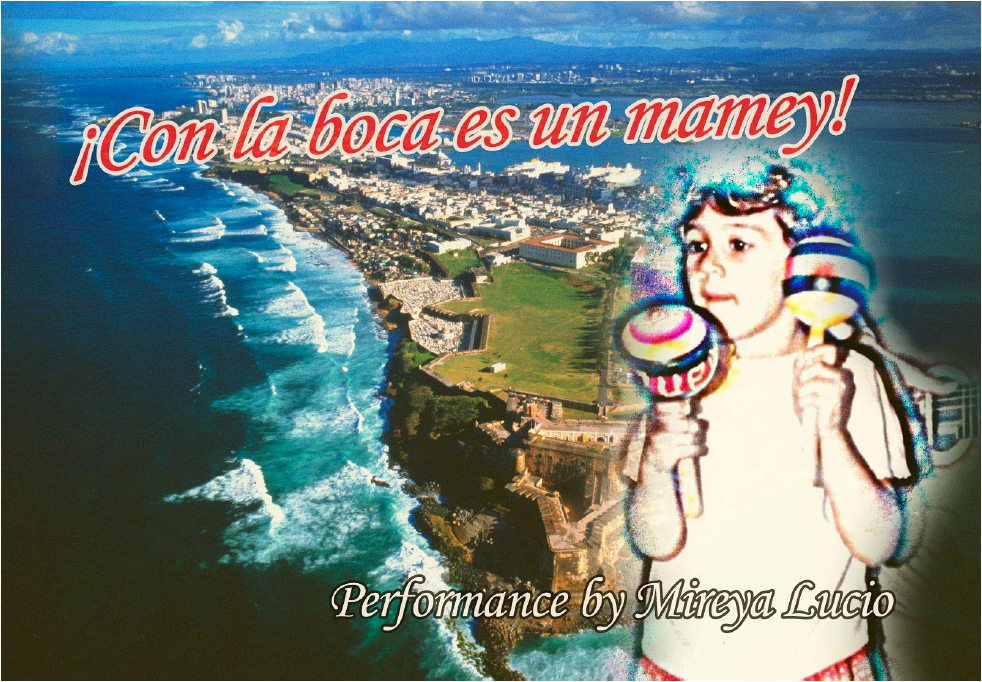 Translating research-sharing into ritual, Mireya Lucio will perform a non-authoritative lecture as a process of de-colonizing herself. Born and raised in Puerto Rico, but educated and residing in the United States, Mireya will weave a personal revisionist history of a nation as she excavates the facts surrounding the U.S. occupation of the island. Using embodied research–historical timelines, folklore, archival footage, political speeches, popular culture, political commentary, childhood memories, and speculation–the performance undertakes an exorcism of the cultural politics inflicted on the Puerto Rican people. The mapping of this plurality of sources sets the stage on which to decompress the self through a playful maneuver between closeness and distance, the inherent and the extrinsic.

*Homemade Puerto Rican food will be available to purchase when the doors open at 7:00pm, the performance will begin at 8pm*

This performance is a part of Open Air Prisons, curated by Kelman Duran. Click here to read more about the exhibition.

Mireya Lucio (b. 1981, Puerto Rico) is an artist working primarily in video and live performance. A trained actor, singer, and physical performer, Lucio uses amateur and do-it-yourself aesthetics to disturb established modes of theatrical performance. Her work has taken the form of dinners, lectures, walking tours, videos, audio recordings, stage shows, game nights, and site-specific happenings, which are often framed as social events where the spectator is implicated. The performances seek the local, the ordinary, and the personal within the U.S. historical canon, de-stabilizing timelines and factual accounts through feminized, tangential, informal, and domestic filters. http://mireyalucio.com/