I can call this progress to halt 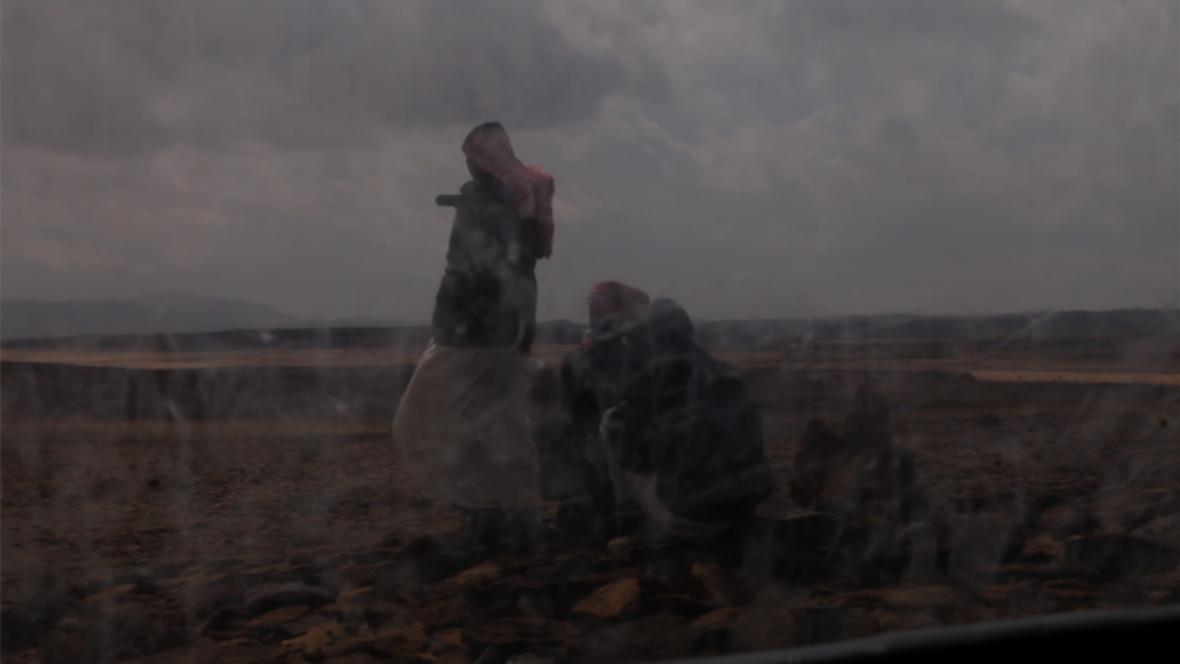 I can call this progress to halt is a project composed of an exhibition, a series of screenings and performances, and a publication at Los Angeles Contemporary Exhibitions (LACE), March 8 – April 23, 2017.
Opening, March 8, 7-10pm
with a performance by Kandis Williams with Josh Johnson at 9pm

Click here to read the curator’s essay and more on the project’s programs and participants.

The project considers gestures of protest, unrest, and incendiary exchange as the starting point to a conversation. Multimedia works and formats on view represent images of conflict and strife that are oftentimes stripped of their original or intended context. Considered together, they function more as dispersed, floating representations of contested moments in time that refuse to stand fixed, and instead vehemently call for another engagement with the world, an imagined world. Further acknowledging our existence in a particularly mediated culture, artists employ various strategies of replication, dislocation, and obfuscation to explore the idea of the real and to challenge the particular and varied contested sites around them. By doing so, they both individually and/or collectively call for a halt. This interruption, this blockade, provides the space necessary to reflect on constructions of political and social inequities that will not be accepted as the status quo. It further upholds the agency of both the individual and the collective act to challenge notions of progress that are subsumed within a neoliberal agenda. As such, the action, the protest, and/or the withdrawal from society leave the viewer witness to the performative gestures, as well as the symbols and sounds that offer an opening to another reality, to a life that could be lived in another way.

I can call this progress to halt attempts to provide a space in which timely topics can sidle in as wanted companions through the lens of the visual. The project does not situate itself within a single locale, but rather considers a multiplicity of sites and temporalities through the layering of physical and imagined spaces.

I can call this progress to halt borrows its title from Ayreen Anastas & Rene Gabri’s work, The Meaning of Everything (2008).

The project was supported by an Andy Warhol Foundation Curatorial Research Fellowship awarded to Halajian, which granted her extensive travel throughout the Middle East and North Africa. Additional support is provided by the Pasadena Art Alliance. Special thanks to LUX.

Whereof One Cannot Speak, one must remain silent. A choreography by artist Kandis Williams and performer Josh Johnson, music by SAD. 20 minutes. A context game of boxes and clouds played through and against settled images on a moving body.

The Narrow Streets of Bourj Hammoud (2016) is an experimental non-fiction film about a working class suburb of Beirut, Lebanon, called Bourj Hammoud. Filmed over a period of seven years (2008-2015), the film explores how residents experience rootedness and displacement through their own movement as well as changes in the built environment. The result is a lyrical ethnographic reflection on history and the materiality of urban space narrated by longtime residents and recent arrivals.

LACUNA / NOUN / AN UNFULFILLED SPACE OR INTERVAL; A GAP / FROM THE LATIN LACUS, MEANING LAKE / so what they call absence is also a body

a guided somatic writing object exercise
a non knowing now practice
a lateral improvised texture together
a performance with no audience
a workshop reimagining parts and labor and care
20 spots, please RSVP at info@welcometolace.org if you would like to participate

DEAVANAH/???????????????????????? remembers an event that occurred in the past, in one language, as it unfolds in the present, in another. The two are only ever consolidated in the state of lunacy, while the deav (demon) in deavanah (lunatic) attests to the inalienable right of the alien to bestiality.

Debe Be (2015-ongoing) is a choreography performed by scientists, students, and engineers as dancers that investigates the relationship between militarization and the production of knowledge. The project is based on the debebe game in which kindergarteners join hands in pairs and emulate the sound and movement of military tanks. In the Arabic language, “deb?b?/debebe” means military tank. In this presentation, Khazrik will be dancing and ruminating on an indisciplinary thinking that is in constant negotiation with its potential spatialization in relation to the cognitive and hidden arrangements of life, war, and trace. The first iteration, Instead of a Turret on Top, was performed as part of the Leap Before You Look: The Black Mountain College 1933-1957 exhibition at the ICA Boston in fall 2015.