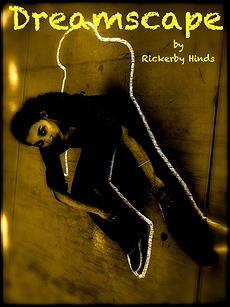 Dreamscape depicts the death and inner life of a young woman, “Myeisha Mills,” who dreams through the impact of the twelve bullets that killed her. A meditation and reimagining of the night of December 28, 1998, when nineteen-year-old Tyisha Miller was shot and killed by four Riverside Police Department officers while she laid unconscious in a car; the play takes a powerfully clear-eyed look at the relationships between race, the body, and violence.

Through beat-boxing, spoken word and dance, the performance is structured around an autopsy report recited by a dispassionate coroner. As each of the twelve bullet wounds is described in horrifying clinical detail—the damage done to the arm, shoulder, scalp, teeth, thigh, neck, back, breast, eye, mouth, skull—Myeisha reminisces about her life, using each body part as a jumping off point, re-framing her death by following the trajectory and impact of the 12 bullets that struck her – each one triggering its own unique memory.

All performances start at 7 PM, please arrive accordingly. No late seating will be allowed.