Carole Douillard is an artist who’s work is part of the first Oslo Biennial 2019-2024. In 2018, she realized a performance film, IDIR,  with the American filmmaker Babette Mangolte which consists of a political and poetic reenactment in Algiers’s street of an historic Bruce Nauman’s performance1967 , Walking in an Exaggerated Manner Around the Perimeter of a Square. This fall 2019, IDIR will be shown at the Musée d’arts of Nantes.

She has also had projects at the Lyon Bienniale, the Ferme du Buisson, the Musée de la Danse, the Palais de Tokyo, Centre Pompidou the Mac Val,  the French Institute in Algiers and Oran, the Centro de Arte Dos de Mayo, and many others. A first copy of her performance’s protocol The Viewers was acquired in 2014 by the Centre National des Arts Plastiques and is now performed at Oslo’s Biennial.

Kandis Williams is an artist, writer, editor, and publisher living and in Los Angeles and Berlin. She received her BFA from the Cooper School of Art, New York and has had recent solo shows in New York, Los Angeles, Baltimore and Vienna. She has an active curatorial and writing practice, and runs CASSANDRA Press with artist Taylor Doran. Her work often explores contemporary critical theory including racial-nationalism, authority and eroticism. She is also a visiting faculty member at CalArts. Kandis is represented by Night Gallery in Los Angeles. // @kandis_williams

Amelia Jones is Robert A. Day Professor and Vice Dean of Research, Roski School of Art & Design, USC, and is a curator and scholar of contemporary art, performance, and feminist/sexuality studies. Recent publications include Seeing Differently: A History and Theory of Identification and the Visual Arts (2012); co-edited with Erin Silver, Otherwise: Imagining Queer Feminist Art Histories (2016); and the edited special issue “On Trans/Performance” of Performance Research (2016). Jones is currently working on a retrospective of the work of Ron Athey with accompanying catalogue (Queer Communion: Ron Athey) to debut in New York and Los Angeles in 2020-2021, and a book entitled In Between Subjects: A Critical Genealogy of Queer Performance is forthcoming from NYU Press.

A bio of  Babette Mangolte can be found here. 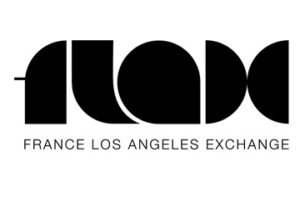