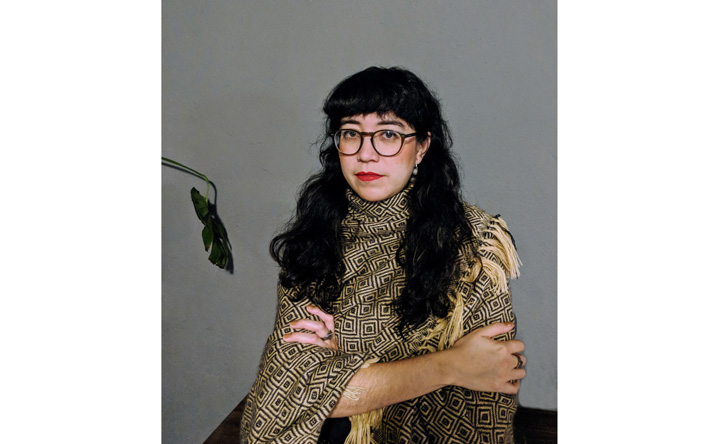 On January 23, 2019, New York-based Andy Warhol Foundation announced the fall 2018 curatorial research fellowship grants to ten curators across the country. LACE curator Daniela Lieja Quintanar received funding for her project on collective artistic practices responding to border violence in Mexico and Central America. The Foundation awarded $413,500, the highest amount since the program began in 2008, to support new scholarship on contemporary artistic practice. “The curators in this group will conduct research on artists and movements that have been overlooked or ignored while engaging with, in many cases, difficult subject matter that is timely and culturally relevant,” said Joel Wachs, the foundation’s president.

Daniela Lieja Quintanar, LACE’s curator since 2016, and a graduate of the USC MA in Art and Curatorial Practices in the Public Sphere, will trace a genealogy of collective artistic practices responding to the violence of the physical and conceptual borders of Mexico, Central America, and U.S. Research will extend into Tijuana, San Diego, Mexicali, El Paso, Ciudad Juárez, Monterrey, Laredo, Oaxaca City, San Cristobal de las Casas Chiapas, Guatemala City, San Salvador and San Juan, Puerto Rico. Lieja Quintanar’s project research will lead to a bilingual publication, public performances and conversations, and exhibition featuring newly commissioned work at LACE in 2020-21. The project will serve as a platform for artistic exchange and dialogue with simultaneous programming in L.A. and in additional cities.

This project continues LACE’s legacy and mission to provide open spaces for discussion and reflection about collective artistic practices. Lieja Quintanar will consider past important LACE exhibitions such as: “Destination, L.A.” by BAW/TAF (Border Art Workshop/Taller de Arte Fronterizo) and “El Salvador” an environment by CISPES (Committee in Solidarity with the People of El Salvador) in conjunction with Doug Humble.

Recognizing California as a productive place for artists and activists to examine the implications of border politics and neoliberalism, Lieja Quintanar says “Having recently immigrated from Mexico, I am deeply interested in collective work that examines the actions of crossing borders and the cultural experience of transition and transmutation.”