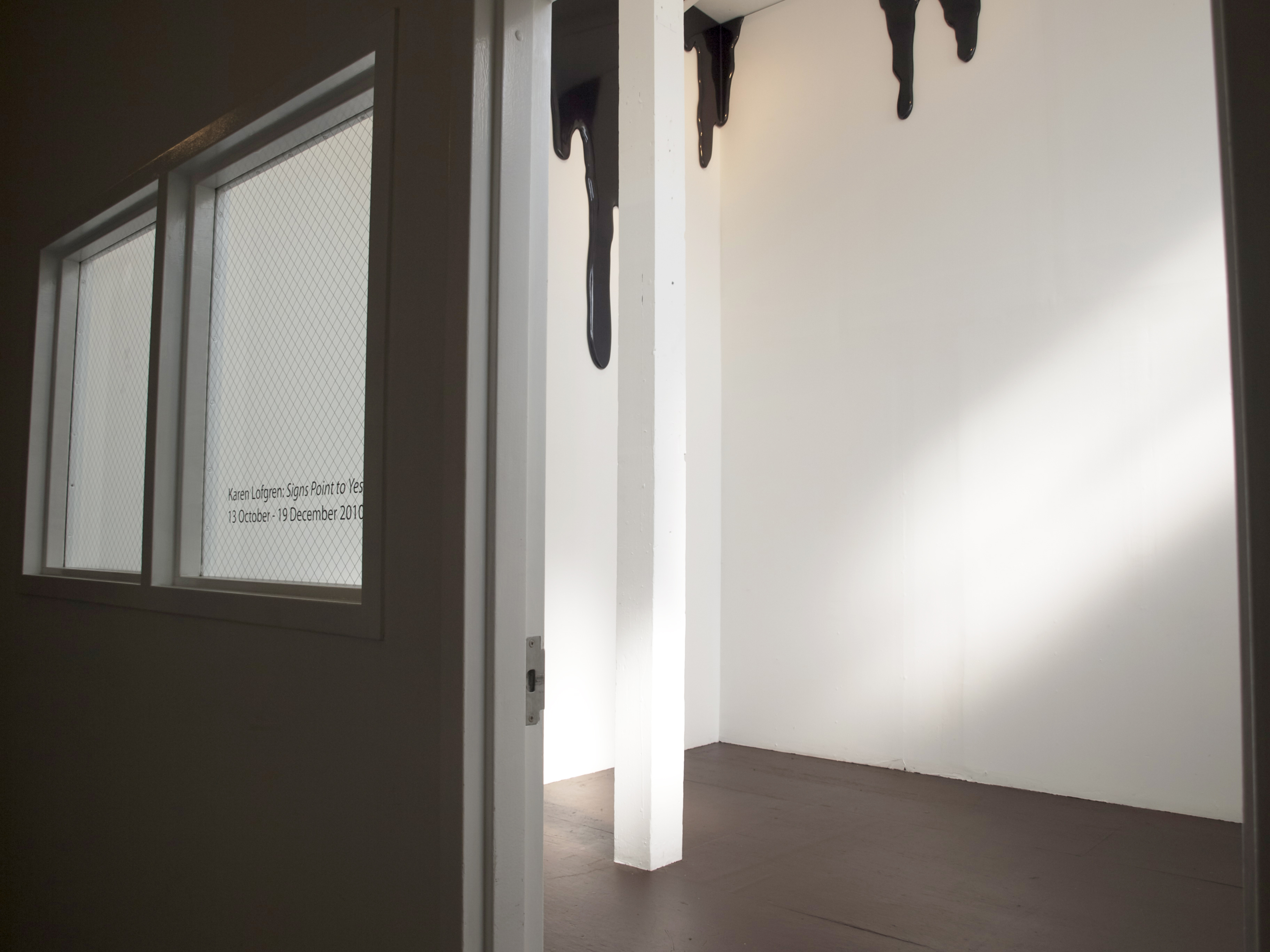 Join Karen Lofgren and writer, critic, and curator Andrew Berardini in an exclusive evening discussion in conjunction with Signs Point to Yes, currently on view in LACE’s new Microlounge project space. Lofgren’s site-specific installation approaches fate, fortune, and mysticism. Darkly painted organic forms with a multilayered, reflective finish creep down LACE’s gallery walls, appearing to seep or pour into the space from above or within. Lofgren’s work has been described as tapping into our collective unconscious, bringing up questions of secrecy and power by way of PT Barnum showmanship. It uses a dose of the fantastic with potent ambiguity, and a subtle sleight of institutional critique revealing deep and troubling complexities below the surface.

Lofgren is a Toronto-born LA-based artist who completed her MFA at CalArts. Group exhibitions include High Desert Test Sites, LACMA, Slab Projects, Anna Helwing Gallery, FiveThirtyThree, Mihai Nicodim Gallery. Solo projects include Believer at Machine Project and Gold Flood at Pitzer Art Galleries, for which she also received a grant from the Durfee Foundation. Her work has been featured in artforum.com critic’s picks, the LA Weekly, and the LA Times, as well as books, catalogues, and album covers.

Berardini is a writer in Los Angeles. He regularly publishes criticism and essays for magazines and newspapers in North America and Europe, recently including Frieze, Art Review, and Mousse, where he’s a contributing editor. As a curator at the Armory Center for the Arts in Pasadena, CA, he’s worked on original solo exhibitions with Dave Muller, Bruce Nauman, Camilo Ontiveros, Yoshua Okon and Raymond Pettibon.