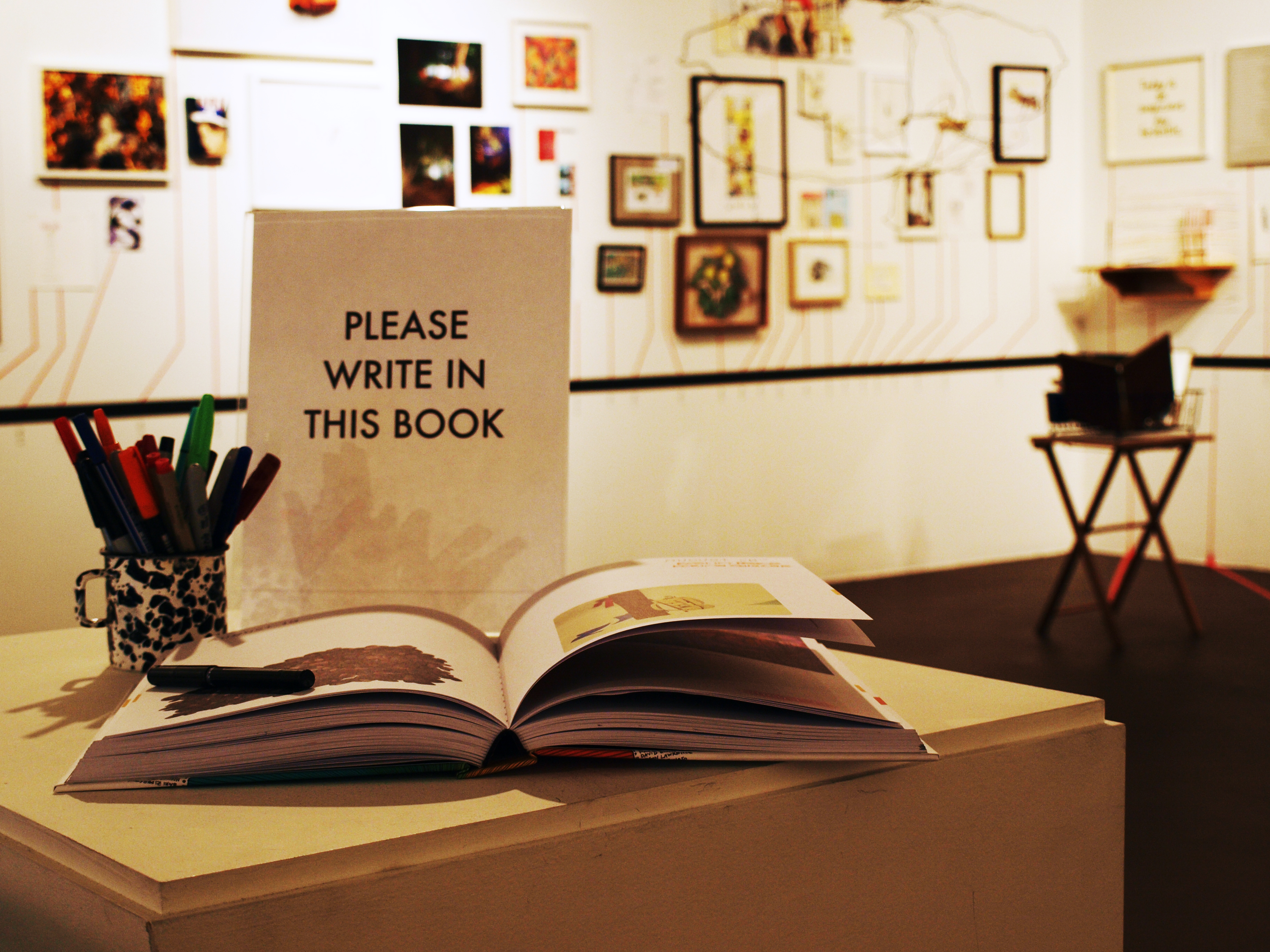 Join us in ending this chapter of David P. Earle‘s The Open Daybook project and its heralded exhibition at LACE for a discussion of the curatorial process, an examination of time, and the unique artwork created for this project. For this Thursday Nights at LACE event, Earle will be joined in conversation by artist, writer, and public radio producer Starlee Kine as well as Open Daybook artists David Burns, York Chang, Karen Lofgren and Eugenia Paz.

ABOUT THE OPEN DAYBOOK
The Open Daybook is both a compilation of original artwork and a functional perpetual calendar. Over the course of a single year, three hundred and sixty five artists were assigned a date and given 24 hours to create a work of art. Each day is a page in the book.

Calendars are intrinsically interactive – you enter appointments, check dates, plan the future and revisit the past, all of which are keyed to your life and its intersection with the lives of others. The Open Daybook lets the owner interact with the work of 365 of today’s most exciting artists. The design of every dated page allows users to record their life and engage artistically with contributors as diverse as Miranda July, David Rakoff, Jill Greenberg, and Mungo Thomson.

David P. Earle is a Los Angeles based writer and artist. His work has been featured at Telic Arts Exchange (Los Angeles), The Fellows of Contemporary Art (Los Angeles), The Armory Center for the Arts (Pasadena, CA) and The IFC Center (New York). He is an adjunct faculty member in The School of Critical Studies at CalArts and a faculty member of The Armory Center for the Arts in Pasadena, CA.

Starlee Kine is a Daybook contributor and public radio producer and writer. Her work has been featured on “This American Life” and “Marketplace” and her writing has appeared in the “The New York Times Magazine.”  She created Issue 10 of “The Thing,” an object based publication produced by visual artists John Herschend and Will Rogan. Kine’s radio piece “Dr. Phil” won the top honor from the Third Coast / Driehaus Foundation Competition.

Karen Lofgren is a Toronto-born LA-based artist who completed her MFA at CalArts. Group exhibitions include High Desert Test Sites, LACMA, Slab Projects, Anna Helwing Gallery, FiveThirtyThree, Mihai Nicodim Gallery. Solo projects include Signs Point to Yes at LACE, Believer at Machine Project and Gold Flood at Pitzer Art Galleries, for which she also received a grant from the Durfee Foundation. Her work has been featured in artforum.com critic’s picks, the LA Weekly, and the LA Times, as well as books, catalogs, and album covers.

Eugenia Paz is the youngest of the leading Visceral Realists, and works primarily as a painter and a writer. Born and raised in Medellin, Colombia, she studied art and political science at the University of Antioquia, eventually completing an MFA at Goldsmiths, University of London. Given the stigma of violence associated with her home city, Paz has an uneasy relationship with the degree of violence advocated in Visceral Realism, and chooses to focus on the creativity posited to arise out of the conflict resolution phase of the Visceral Realist production cycle. She has written extensively on the relationship between sabre-rattling and juvenile delinquency. Inspired by the fable of the famous Greek painter Parrhasius, Paz’s painting work delves deeply into notions of deception and illusion, flawlessly reproducing famous Velazquez paintings with the upper halves obscured with trompe l’oliel silk and cloth veils.
Her manifesto:
There is no substitute for reality, except perhaps the Three Lies of Painting:
1.) the lie of the materials of a painting, purporting to be something it is not, 2.) the lie of the subject matter of a painting, carefully orchestrated by the artist, and 3.) the lie that the viewers tell themselves while looking at the work.