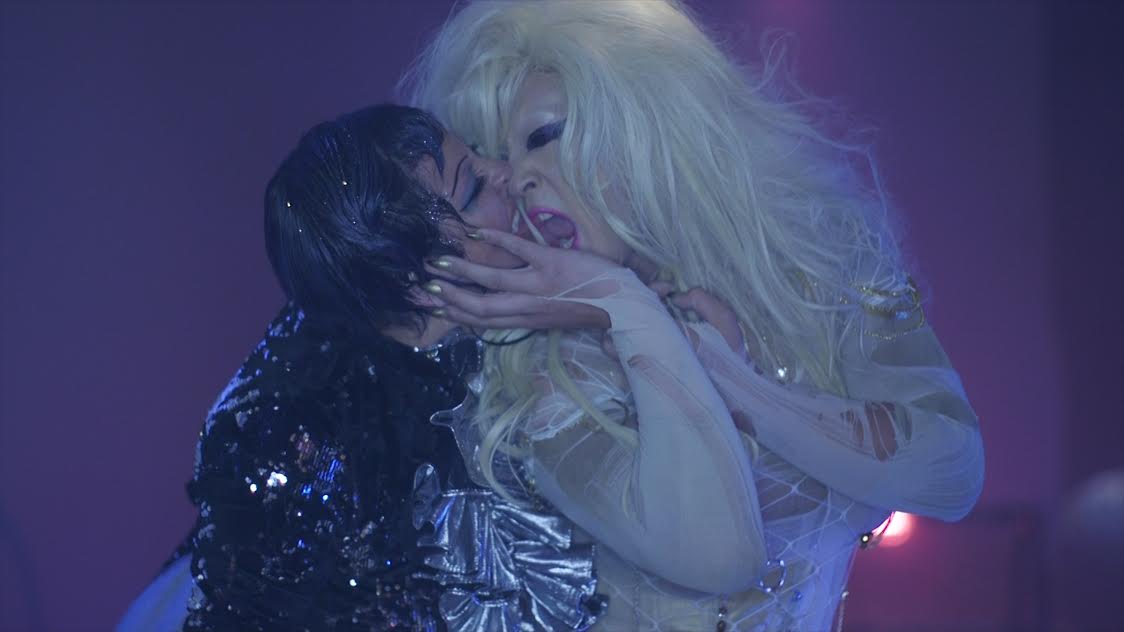 Special thanks to Brewjeria Brewers.

San Cha is a vocal priestess, a force of nature to be reckoned with, a Femme Xicanx Goddess who captivates audiences with their blend of Mexican Folk Music, Cumbia and Punk. Belting out ‘Gospel Ranchera Punk’ while twirling around the stage, San Cha will you leave you inspired, healed and transformed.

Dalton Chase Goulette is a multimedia/performance artist based in Los Angeles. Their work focuses on post-apocalyptic visions of the future, queering classical ideas of beauty and deterioration of self/ego/gender/. Dalton’s aspiration is to one day generate ectoplasm.
Dalton will be alongside Project Rage Queen traveling thru LACE for an indiscriminate amount of time in sculptural pieces they designed for Opening Night. This piece may or may not deteriorate throughout the night. How it survives is how it will be presented.