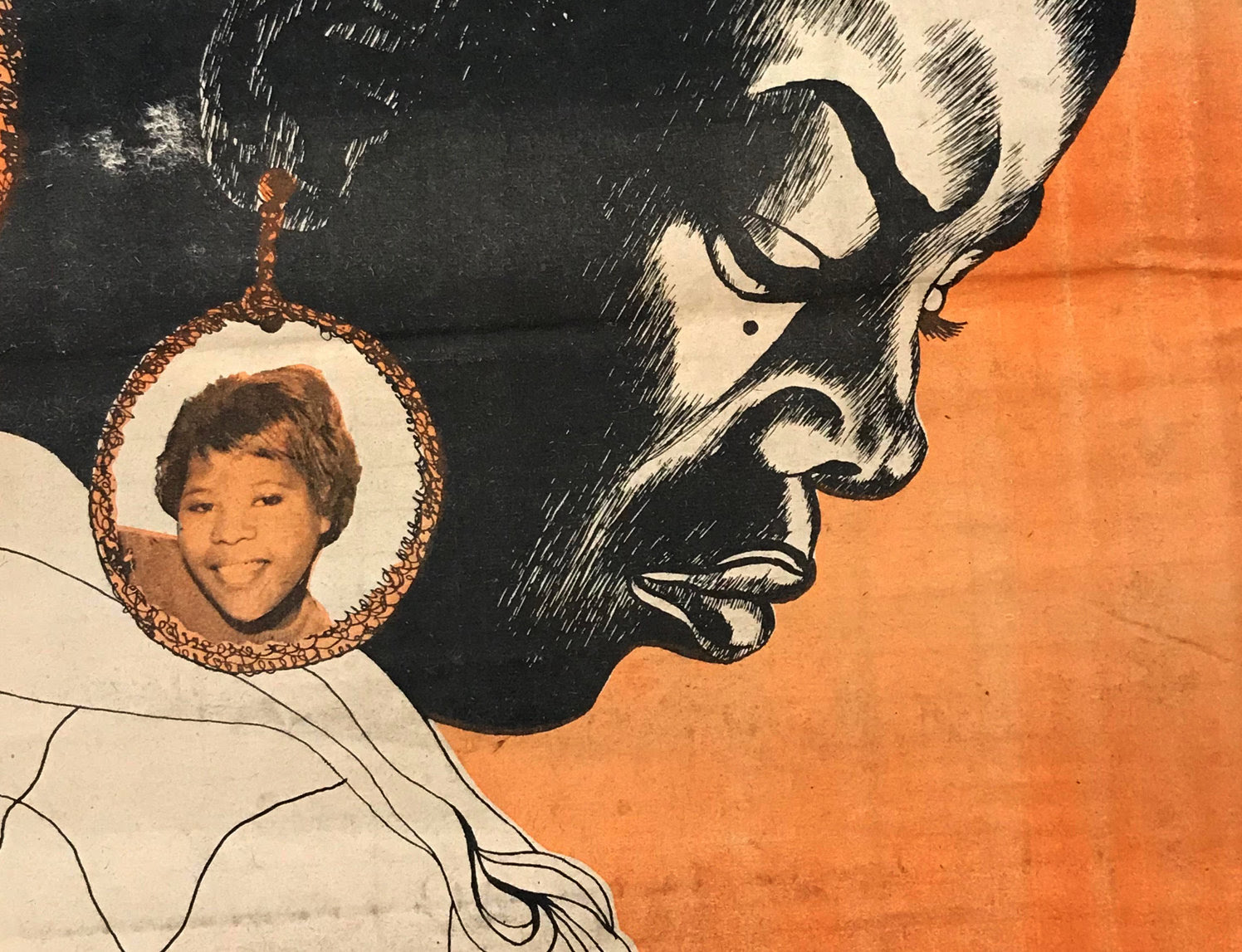 If you missed Bold Visual Language: Emory Douglas at LACE this summer, the show is now on view at the Southern California Library. Join us for the reception on October 20, 2018, from 12-1pm!

Emory Douglas: Bold Visual Language considers the legacy and diasporic impact of the visual artist Emory Douglas. As the Minister of Culture of the Black Panther Party and the graphic artist of the Black Panther Party Newspaper, Emory Douglas’ vision of black radical politics as a set of aesthetic concerns graphs a grammar of global struggle. Douglas‘ imagery of anti-black police brutality and economic/housing discrimination is interlaced with American Imperialist projects and anti-colonist struggles happening globally. The enhancement and saturation of vibrant colors, figurative refusal, kinship, and border crossing visions of justice are the dialectics of possibility. The immediacy of global terror is call to resistance by everyday folks, who are depicted as active icons in the project for liberation. Bold Visual Language locates these initial concerns of Douglas in a contemporary discourse amongst visual artists and current social movements.

Initial support for the Emory Douglas: Bold Visual Language was provided by Kathie Foley-Meyer and Irving Meyer, Pasadena Art Alliance, and The Andy Warhol Foundation for the Visual Arts. This project is also possible by the continued collaboration with the community-owned Southern California Library and the invaluable support of artist Emory Douglas.