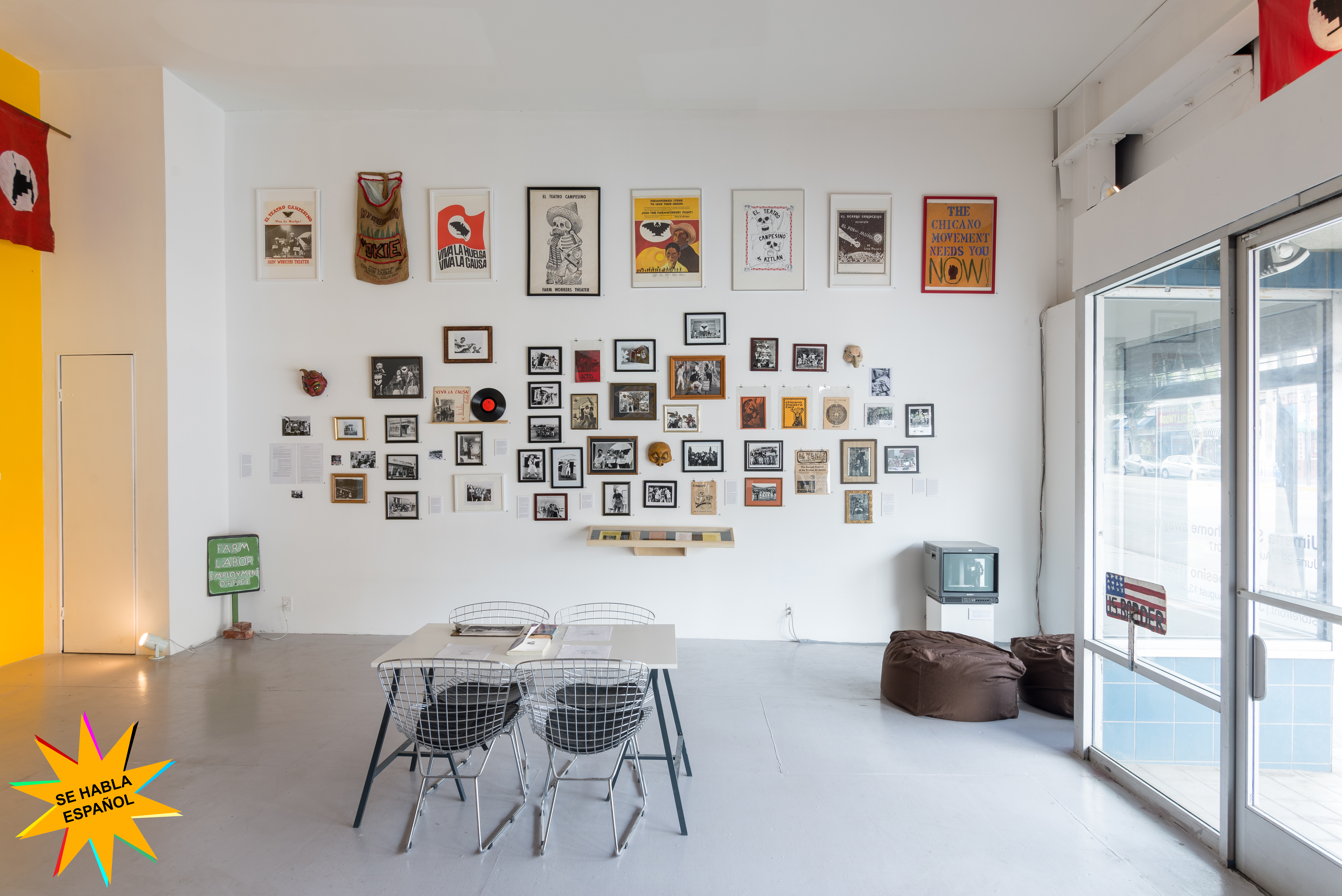 Director and playwright, Diane Rodriguez, will talk about her experience as an early member of El Teatro Campesino. Additionally, she will discuss her provocative project Latins Anonymous that examines Latinx stereotypes in Hollywood productions, as well as her meaningful contributions to theater arts. She will be joined by Professor María Elena Fernández  and Professor David Román. Professor Fernández will talk about the United Farm Workers (UFW) and the Chicano Movement with a specific focus on womxn’s social, political, and artistic contributions. And Professor Román will comment on Diane Rodriguez’s leadership, advocacy work, and more recent projects while providing an overview of Latinx womxn theater today.

El Teatro Campesino was created in 1965 to assist the United Farm Workers’ (UFW) monumental grape strike in Delano, California. They performed actos (short plays) on the back beds of trucks, at marches that lasted hundreds of miles, and at college campuses. Their theater, an early example of art as social practice, utilized humor and satire to critique widespread labor rights abuses and the lackluster political response to these abuses.

Diane Rodriguez is an anthologized writer, regional theatre director and the recipient of an Obie Award in 2007. She began her career with one of the most politically explosive theatre companies of it’s era, El Teatro Campesino. In 1988, Rodriguez along with other Latinx actors, founded the theater collective Latins Anonymous as a response to Hollywood’s normalized practice of employing Latinx stereotypes in productions. Her two-play anthology, written collectively with Latins Anonymous, is in its 16th printing. As of January 2017, she will have been at Center Theatre Group for over twenty-two years and is currently Associate Artistic Director and President of the Theatre Communications Group Board. Her recent work includes the successful and critically acclaimed  production of The Sweetheart Deal, which she wrote and directed, at the Los Angeles Theater Center (LATC).

María Elena Fernández Born and raised in L.A., the daughter of Mexico City immigrants, María Elena Fernández is a professor, writer and performer. She teaches history, literature and the arts in the Chicana/o Studies Department at Cal State Northridge.  Her first person essays have been published in the anthologies Waking Up American, Remembering Frida and others. She wrote about Latino music, books and film for the LA Weekly and toured her hilarious autobiographical solo show Confessions of a Cha Cha Feminist to sold-out audiences across the country. She holds a B.A. in American Studies from Yale University and an M.A. in U.S. History from UCLA.

David Román is a Professor of English and American Studies at the University of Southern California. Professor Román’s research focuses on theatre and performance studies, Latina/o studies with an emphasis on popular culture; and queer studies with an emphasis on archival practices, subcultural histories, and artistic production, primarily in twentieth century America. He has written and edited books about AIDS and the arts, Latino studies, and contemporary US culture and performance.

This event is a part of LACE’s newest program Se habla español and instantaneous Spanish translation will be available.

Support for Se habla español is provided by the California Arts Council.

This bilingual event is realized in collaboration with Antena Los Angeles.