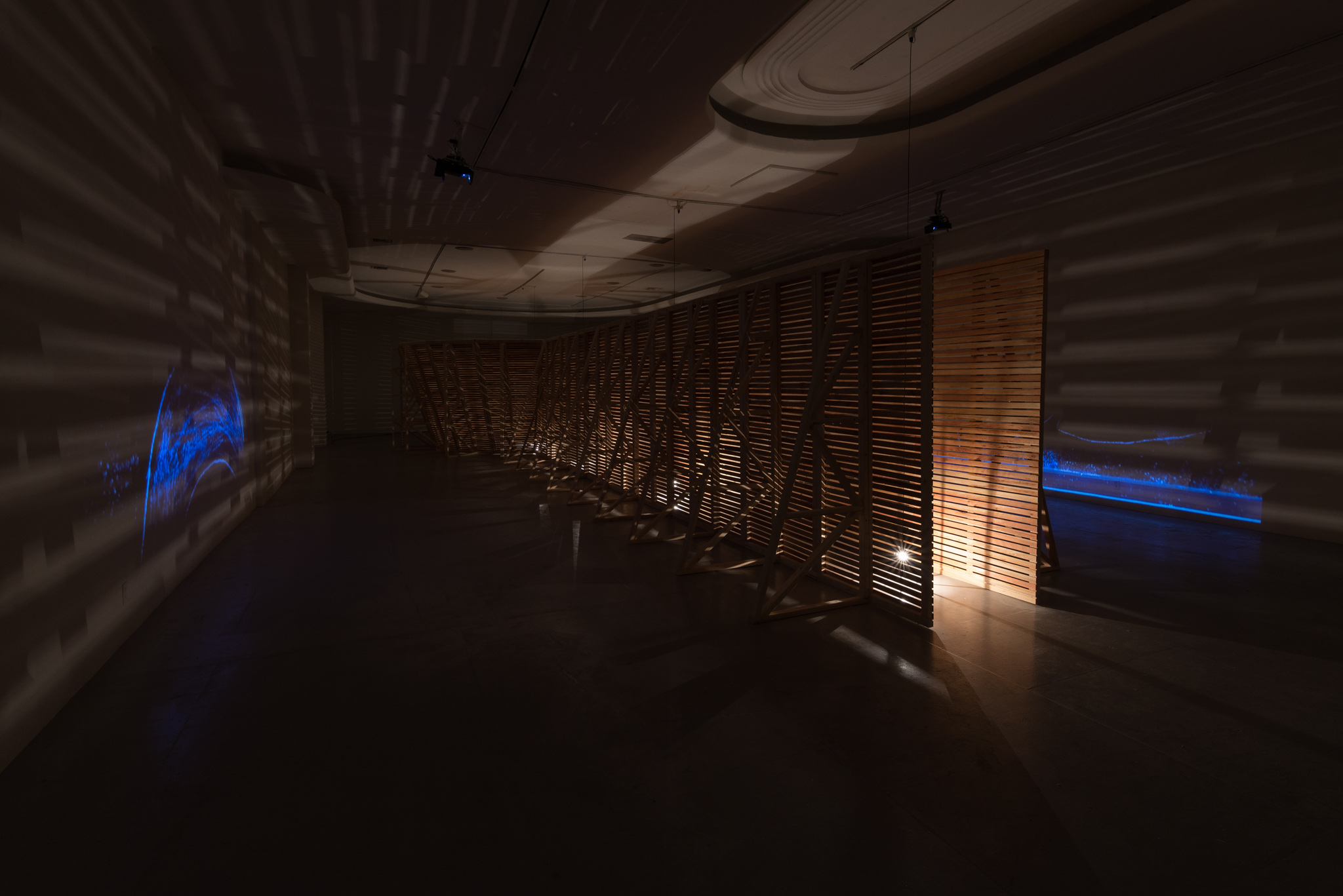 Come celebrate the closing of this year’s summer residency exhibition by Jimena Sarno, home away from. Explore this immersive installation one last time, where Jimena Sarno will perform pluto revisited with additional performances by guest artists M. Cay Castagnetto and Arshia Haq. We will also be celebrating the launch of the home away from publication printed by Tiny Splendor.

Performances will start at 7PM.

M.Cay Castagnetto
Surpassing entrepreneurial visions of crystal balls, M. Cay Castagnetto drives a 15min textual collision into parked utterance. “I live here”, a voice in hiding -but not completely- reads over the microphone. All money has been taken care of, action time is sold to soup robots.
Jimena Sarno
We are currently experiencing Pluto’s return. United States was born under Pluto in Capricorn and has been, again, under the Pluto-Capricorn influence since 1995. In political astrology Pluto brings about change and transformation while Capricorn deals with authority and government. Pluto rules crime, dictatorships, and fascism among other dark themes, and it has been characterized as “primordial, pre-logical, pre-verbal and pre-conscious.” pluto revisited is a sound assemblage with specific frequencies, processed archival newscasts and field recordings.
Arshia Haq

When a soundtrack is created, meaning, association, and emotional currency is invoked through sequencing and arrangement, and then other meanings accrue in the space of listening. This assemblage is a bittersweet homage to the soundtracks of banned nations, fractured, interrupted and distanced, while trying to create a semblance of the homeland that was left behind through aural impressions of joy, trauma and rapture.

In collaboration with VOLUME.

Support for this program is provided by the California Arts Council, the Department of Cultural Affairs, and the National Performance Network.

Jimena Sarno is a multidisciplinary artist and organizer. She works across a range of media including installation, sound, video, text and sculpture. Born in Buenos Aires, Argentina and currently living in Los Angeles, her experience as a South American immigrant informs her practice. She is the organizer of analog dissident, a monthly discussion gathering that features two invited artists and encourages intersectional approaches and critical engagement outside of traditional art institutions. Her work has been exhibited at LACE, PØST, Human Resources, UCI Contemporary Art Center, Control Room, Fellows of Contemporary Art and Grand Central Art Center among others. She is the recipient of the 2015 California Community Foundation Fellowship for Visual Artists.

Cay Castagnetto (b. Lima, Peru) moved to London in 1998. There she worked with film and video in collectives such as the maryKelly and bands such as Antifamily, ON FORM, and Sonora. Radio productions include collaborations with Beatrice Dillon and Kaffe Mathews on Resonance FM and BBC Radio. She has exhibited and performed in venues such as the Oberhausen International Filmtage, Kunstverein Munchen (DE), Vivienne Westwood’s The Art of Elysium, the TBA festival in Portland, the Getty Museum (US), The Stedlik Museum (NL), Die Kagurazaka Theatre (JP), La Casa Encendida (SP), Cafe OTO, Whitechapel Art Gallery, The Showroom, and Matt’s Gallery (UK). She relocated to Twentynine Palms, CA in 2013 where she collaborates with the artist MPA on live performances as the group MAL PAIS. Most recently Cay’s original composition was presented at the Whitney Museum of Art as part of the project ‘Red in View”, and currently she is working on her solo album to be released in 2018. She continues to be part of the Cinenova Collective, a feminist film and video distributor based in London.

Arshia Haq is an audiovisual and performance artist, filmmaker, writer and DJ based in Los Angeles. She is the founder of Discostan, which presents musical narratives from North Africa, the Middle East, South and Southeast Asia. Narrative threads include migration, nostalgia, homeland, borders, often within realms of Islamic influence, through lenses of traditional forms and kaleidoscopic reinventions of pop culture. Her work has shown at MOMA New York, Hammer Museum, Centres George Pompidou, Toronto International Film Festival, and LAX Art, amongst others, She has also recently released an album of her field recordings from Pakistan on the Sublime Frequencies label.