“How I Learned to Draw”: Memory, Documentation, Interference, Distortion 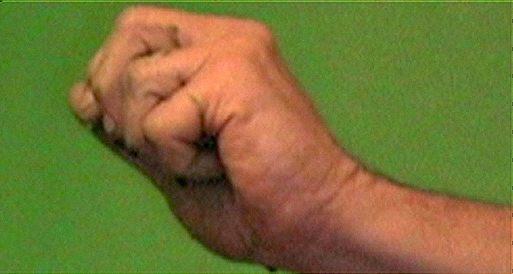 How I Learned To Draw is an autobiographical performance that incorporates stories about shock, revelation, and miracles which draw on cinematic influences. Structured in a physical space of sounds and video projections that represent acts of interference, Barry Markowitz will offer a physical recounting of the memories and acts of documentation, including autographs and giveaways, that motivated him to draw. In recounting his experiences, Markowitz acknowledges that telling a story is a distortion. “Any process of re-examining and event is a distortion of the event.” – Barry Markowitz

Small structural elements in this performance have been brought forward and trans-mutated from Markowitz’s 1981 performance for Public Spirit titledThink About It Susan. A clothesline is strung from one table to another. Wet towels and pieces of hair are hung on the line and passed to a person waiting for them at the other table.

ABOUT THE ARTIST
Barry Markowitz received his MFA from California State University, Los Angeles. Additionally, he has studied at the Art Students League, the School of Art and Design in New York, UCSB and CSUN. His awards and honors include a fellowship grant from the J. Paul Getty Trust/California Community Foundation and Rockefeller Honorariums from UC San Diego and from Cal State Dominguez Hills. His recent exhibitions have been seen at the Palos Verdes Art center, Andrew Shire Gallery, L2 Kontemporary and PØST. He has been included in group exhibits at the J.Paul Getty Museum, The Whitney Museum, and the Southwest Museum. More information on Barry Markowitz at bzmarkowitz.com

How I Learned To Draw is part of Liz Glynn’s project series for Los Angeles Goes Live, Spirit Resurrection.

ABOUT SPIRIT RESURRECTION
Public Spirit, which took place in May and October 1980, was the first performance art festival of such scope to be held in Los Angeles. Sponsored by Highland Art Agents and presented by LACE with the assistance of Vanguard, DTLA, American Hotel, Pasadena Film Forum, and Jett’s Café and Art Haus, the festival was presented through the cooperation of the LA arts community without any public funding.

Inspired by this collective effort, Liz Glynn’s project Spirit Resurrection invites the LA arts community to come together to re-stage, recreate and present contemporary performances based on Public Spirit’s historical performances throughout the month of January. Check for spiritresurrection.org for specific dates and locations!