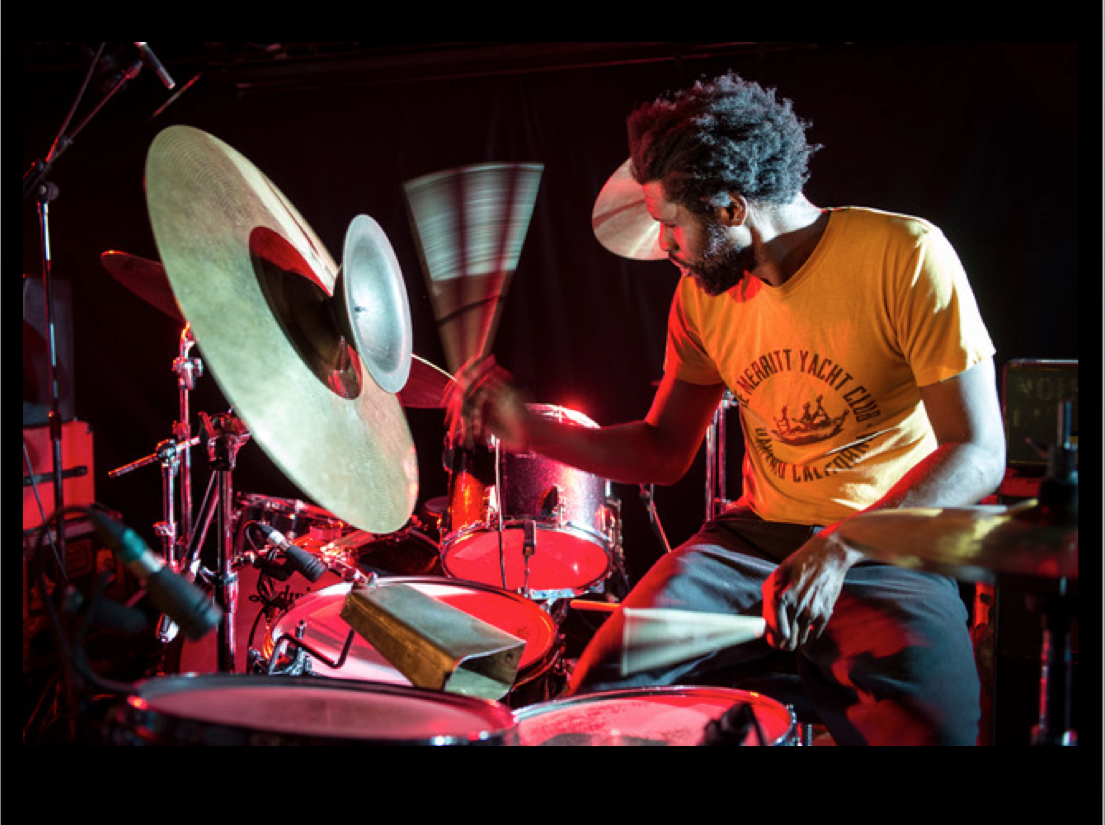 Music Research Strategies (MRS) founded by Marshall Trammell is a performing-political education platform that asks: What forms of invisible and visible cultural destruction impact interdisciplinary approaches to culture, identity politics, the preservation of memory and result in new configurations of power?

Kade L. Twist is a poet and interdisciplinary artist working with video, sound, interactive media, text, and installation environments. Twist’s work combines re-imagined tribal stories with geopolitical narratives to examine the unresolved tensions between market-driven systems, consumerism, and American Indian cultural self-determination. Mr. Twist is a co-founder of Postcommodity, an interdisciplinary artist collective. With his individual work and the collective Postcommodity, Twist has exhibited work nationally and internationally. Mr. Twist is an Associate Professor of Art and Social Practice at Otis College of Art and Design in Los Angeles, CA. He is an enrolled member of the Cherokee Nation of Oklahoma.

William Roper works in the disciplines of music, theater and the visual arts. He has a special interest in primitive aerophones. He has toured internationally as a soloist and sideman. Details can be found at: http://roperarts.com

Mogauwane Mahloele was born in Storomo and raised in Mamelodi ya Tshwane, South Africa. He is accomplished in both the making and playing of variety of African drums, stolotoros (mouth harps), dipelas (Mbiras), nakas, penny whistles, flutes, makhoyanes (Berimbaus/bowed instruments with gourd resonators), koras and sekeres. He is also a sculptor and painter. Mr. Mahloele performs widely – from Germany to South Africa, from Turkey to Taiwan, and in North America. in many styles. He has performed and collaborated with such artists as, Art Ensemble of Chicago, Famoudou Don Moye, Odean Pope, Byard Lancaster, Leslie Burrs, Dudu Phukwana, Hugh Masekela, Phillip Tabane, and Joe Malinga. Mr. Mahloele has received grants from The Pew Fellowships in th Arts and the Pennsylvania Council on the Arts, and has worked with the Philadelphia Folklore Project in arts education residencies, “Philly Dance Africa,” “Artists in Exile,” and “Folk Arts of Social Change.” He has just recently relocated to Los Angeles with his lovely wife and jubilant dog.