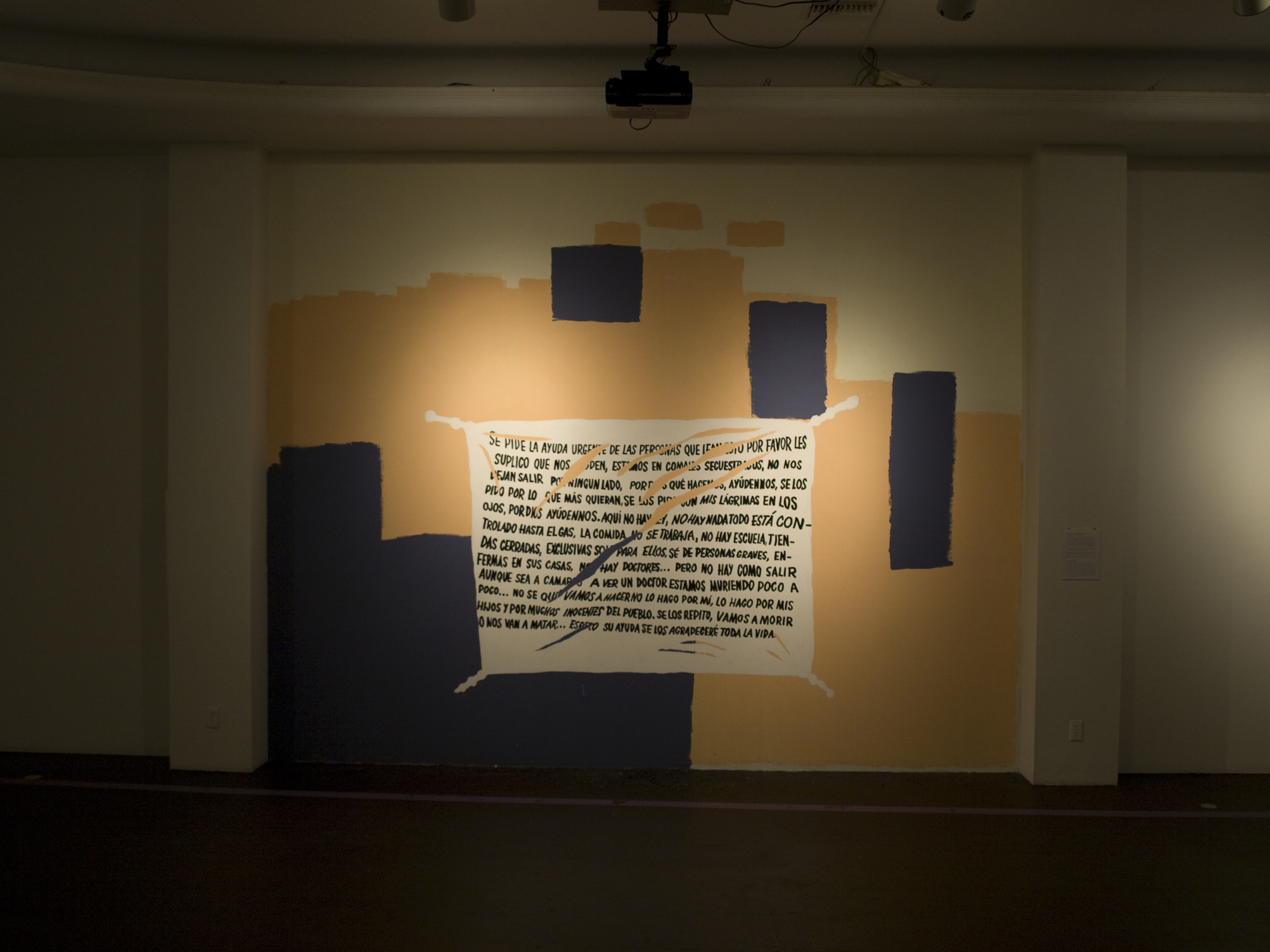 The closing performance for the summer season of Not Content.
Featuring Marco Antonio Huerta from SPAM, Christine Wertheim from NI UNA MÁS, and Sawako Nakayasu from INSECT COUNTRY # 3

SPAM
Since mid-February this year, violence related to drug trafficking has increased at an exponential rate in northeast Mexico. The impact of this phenomenon on daily life cannot be ignored. The dominant explanation (since there is no official communication from the local government) is that recent executions and mass murders are the result of an old alliance between the Gulf Cartel and the Zeta’s Cartel coming to an abrupt end. In spoken and written texts, the rumor of imminent attacks spreads and frightens citizens. Every aspect of daily life is saturated with the same information. From mass media to social networks on the Internet. From certain politician’s speeches to casual small talk between strangers on the streets. Talk about the weather is outdated. Public language throughout the northeast cities doesn’t mention anything besides this conflict and points to the same consequence: fear. SPAM will try to spread the word and bear witness to what is actually happening on ground zero, and will eventually attempt to create dialogue beyond borders and, more so, beyond the Internet, which has proved itself a traditional Institution on account of the very little help it offers amidst these tribulations.

Marco Antonio Huerta is the author of three poetry collections: La semana milagrosa (Conarte, 2006), Golden Boy (Editorial Letras de Pasto Verde, 2009), and Hay un jardín (Tierra Adentro, 2009). His work has been published in several periodicals and anthologies both in  Mexico and Spain. Born in Tampico, Tamaulipas, Mexico in 1978, where he currently teaches English, Literature, and Creative Writing. Bachelor of Communication, MA in Teaching. Member of Colectivo Perros de Agua, a group of writers and artists who promote reading among young people.
To find out more about Marco Antonio Huerta, please click here.

Ni Una Más
Ni Una Mas, Not One More! is the slogan used by activists to protest the mass slaughter of women in Juarez.  But it is not just women who are being killed.  As Charles Bowden, author of Murder City: Ciudad Juárez and the Global Economy’s New Killing Fields says, Juarez kills everyone.  And the situation in Juarez is itself just the exemplar of a wider social phenomenon in which individuals (the|’Sones) are isolated and pitted against the many of the collective (themOthers).  In so far as we deny our being a part of a collective we all contribute to the denegration and disenfranchisement of the many, especially the many of the poor.  This project pays homage to themOthers, naming some, and asking our government to intervene on their, and ultimately our behalf.

Christine Wertheim is author of  “+|’me’S-pace” (Les Figues Press). She has edited “Feminaissance,” and with Matias Viegener co-edited “Séance” and “Noulipo,” and is currently an editor for Tarpaulin Sky. Recent critical work is published in “X-tra,” “Cabinet,” and “Issues”; recent poetry in “Drunken Boat,” “Tarpaulin Sky” and “Veer.” Works-in-progress include a poetic suite on Mothers and an exercise in style, How to Conceive a Poem.” She is Chair of the MFA Writing Program at Cal Arts.
To find out more about Christine Wertheim, click here.

Sawako Nakayasu
Sawako Nakayasu was born in Japan and has lived mostly in the US since the age of six. Her most recent books are Texture Notes (Letter Machine, 2010), Hurry Home Honey (Burning Deck, 2009), and a translation of Kawata Ayane’s poetry, Time of Sky//Castles in the Air (Litmus Press, 2010). Her translation of Takashi Hiraide’s For the Fighting Spirit of the Walnut (New Directions, 2008) received the 2009 Best Translated Book Award from Three Percnt.
To learn more about Sawako Nakayasu, click here.