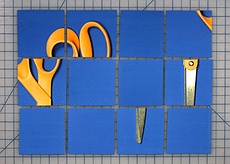 Join Knifeandfork and explore the psychogeography of Hollywood using mobile telephone interactions in a generative process. Over the course of one and half hours, LACE’s headquarters will be transformed into a remote drawing laboratory for investigating the Hollywood strip.

Knifeandfork, founded by Brian House and Sue Huang while on a coffee break during a figure-drawing class in Sweden, currently operates out of New York and Los Angeles. Knifeandfork projects are concerned with the critical reconfiguration of media structures and contexts.  American culture guide Flavorpill says of the collective, “the imaginative bicoastal duo[‘s] installations utilize unorthodox media, including text messages and video clips, in their expository repositioning of traditional art forms.”

Knifeandfork recently completed a series of residency projects engaging in a social practice at the Museum of Contemporary Art (MOCA) Los Angeles in 2009.  Other recent work includes The Wrench (2008), which recasts Primo Levi’s The Monkey’s Wrench as an open-ended mobile phone text-message exchange between participants and an artificially intelligent character; 5 ’til 12 (2006), a nonlinear interactive installation utilizing a database of video clips to create a near-infinite number of narratives based on the Akira Kurosawa film Rashomon; and Hundekopf (2005), a location-based narrative project utilizing SMS text-messaging to animate and recontextualize the experience of riding the Berlin Ringbahn. Knifeandfork has exhibited with Rhizome at the New Museum for Contemporary Art, New York; Beall Center for Art + Technology, University of California, Irvine; Loving Berlin Festival, Berlin; and Kulturhuset, Stockholm.