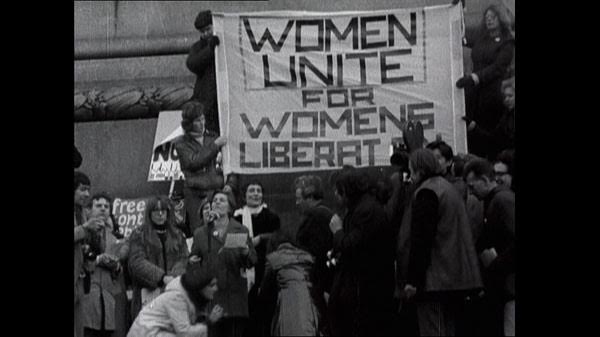 Nightcleaners Part 1 was a documentary made by members of the Berwick Street Collective (Marc Karlin, Mary Kelly, James Scott and Humphry Trevelyan), about the campaign to unionize the women who cleaned office blocks at night and who were being victimized and underpaid. Intending at the outset to make a campaign film, the Collective was forced to turn to new forms in order to represent the forces at work between the cleaners, the Cleaner’s Action Group and the unions – and the complex nature of the campaign itself. The result was an intensely self-reflexive film, which implicated both the filmmakers and the audience in the processes of precarious, invisible labour. It is increasingly recognised as a key work of the 1970sand as an important precursor, in both subject matter and form, to current political art practice.  (quoted from LUX London)
About the Filmmaker(s): The Berwick Street Film collective was formed in 1970, and produced a series of feature documentaries until around 1980. The work of the collective was based on the film making, both individual and collaborative, of its small group of members – Richard Mordaunt, Marc Karlin, and Humphry Trevelyan. Broadly speaking, these films were seen as being part of the avant garde of British documentary film in the 1970s. Influenced in part by film makers like Godard and Marker, their films dealt with some of the major political/cultural issues of the day, such as the conflict between groups of under-represented workers and working-class communities, and the political hierarchies in the trade unions and governments (Nightcleaners 1974): the internment of Republican activists in the north of Ireland by the British government, and the growth of a new Republican consciousness (Ireland Behind the Wire): and the experience of immigrant families in West London (36 to 77). ‘Nightcleaners’ achieved considerable fame or notoriety, depending on the audience’s response to its radical contestation of the then-established orthodoxy of observational film in British television. It was one of the first British documentaries to make the examination of the means of filmic representation a central part of its purpose amd structure. It remains as one of the landmark films of the period, and signalled the beginning of what is often called the reflexive tradition in documentary film in the UK. (quoted from LUX London)
+ Google Calendar+ iCal Export