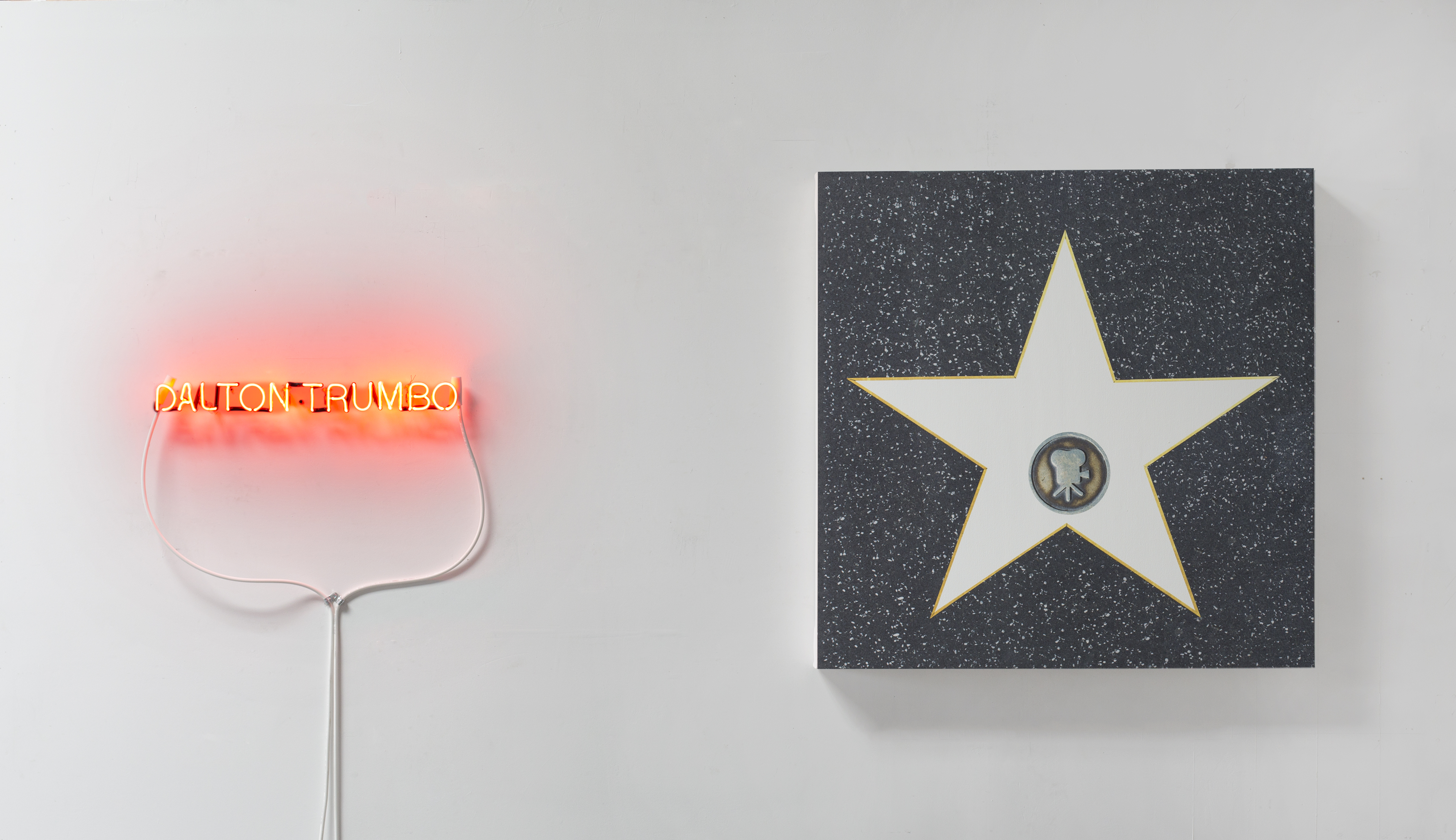 LACE presents Warren Neidich:ThePalinopsic Field, an exhibition that revisits the Second Red Scare and the Lavender Scare, events following World War II in which Joseph McCarthy’s House Un-American Activities Committee directed a witch hunt against many artists and writers suspected of having affiliations with the Communist Party, and many homosexuals who were deemed “sexually perverse.” Using painting, neon sculpture and installation, the project resurfaces this history and gives us a fresh outlook through which to view and understand this moment.

The Afterimage Paintings consists of red neon sculptures that spell out the names of blacklisted writers Dalton Trumbo, Lester Cole, Ring Lardner Jr. and Alvah Bessie that incite an afterimage in the eyes of observers. Each sculpture is paired with an unfinished painting of empty stars that mimic those found on the Hollywood Walk of Fame. The neon instigates a palinopsia, or afterimage in the beholder, who can shift their gaze and allow the imaginary image to fall in the empty space of the painted star. Nine out of ten of the original Hollywood Ten do not have stars on Hollywood Boulevard, and through this experience viewers can actively right this historical wrong.

The second work, The Archive of False Accusations, includes an installation of vitrines that highlight The Lavender Scare. Newspaper and magazine clippings, sourced at a variety of LGBT archives in and around Los Angeles, such as the Southern California Library and One National Gay and Lesbian Archives, are displayed and lit by neon lavender light. Outlandish headlines like Perverts in Government, 1950 Inquiry By Senate on Perverts Asked, 1950 and Vice Squads Sex Files Sealed Pending “ Hill” Investigation, 1950 expose the role of McCarthyism as it intervened to cleanse the government of homosexual employees.

Together, these two works highlight the injustices perpetrated against those that were considered different. Today, as we find ourselves amidst an election cycle one cannot help but draw connections between these events and the trending right wing attacks on immigrants, people of color, and the LGBT community today. Read about Warren Neidich in  Purple Art Magazine, The Creators Project, and AQNB.