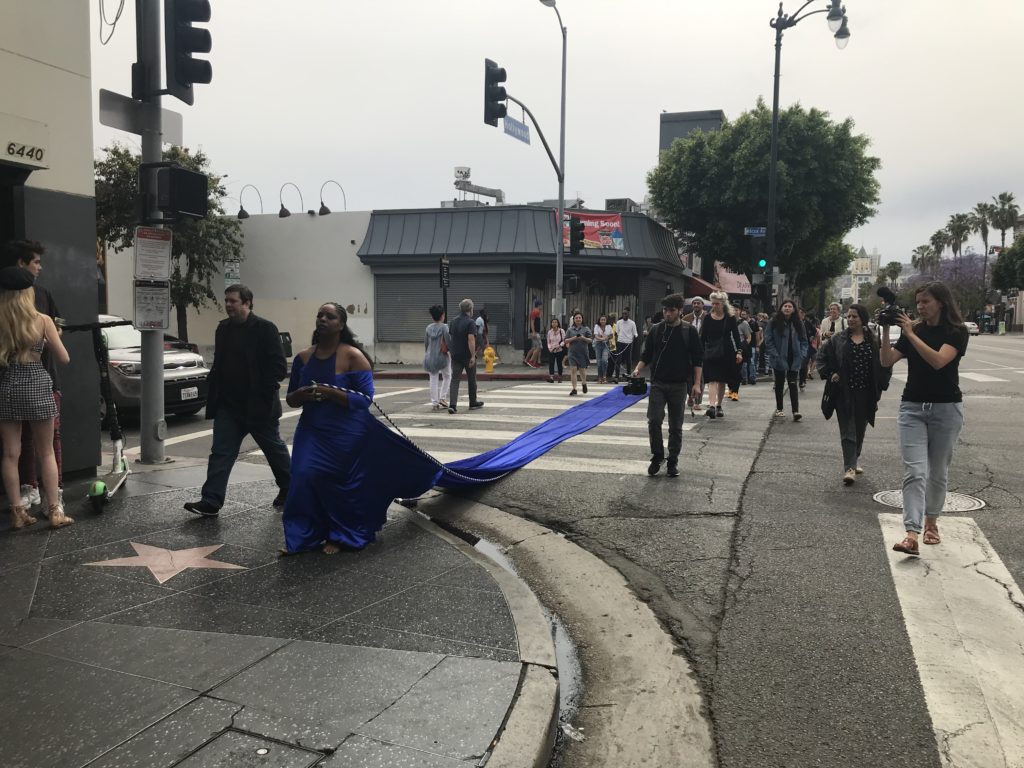 Patrisse Cullors, Knots, performance as part of Unraveling Collective Forms at LACE, 2019. Courtesy of the artist.

Knots by Patrisse Cullors, a performance piece using Blue rope and Blue fabric in honor of Nipsey Hussle. This piece will explore the profound impact Nipsey had on Los Angeles, and the role he played to help support thousands of community members in South Central LA. Through performance, movement, and audio this interdisciplinary performance piece pays tribute to one of the greatest activist and hip hop artist of this generation.

This program is part of the exhibition Unraveling Collective Forms. Support for this project is provided by: Andy Warhol Foundation for the Arts and Betsy Greenberg

Patrisse Cullors (b. 1984). Artist, organizer, educator, and popular public speaker, Patrisse Cullors is a Los Angeles native and Co-Founder of the Black Lives Matter Global Network and Founder of grassroots Los Angeles based organization Dignity and Power Now. In 2013, Patrisse co-founded the global movement with the viral twitter hashtag #BlackLivesMatter which has since grown to an international organization with dozens of chapters around the world fighting anti-Black racism. In January 2016 Patrisse Cullors published her memoir, When They Call You a Terrorist: A Black Lives Matter Memoir. Her memoir became an instant New York Times Bestseller. Patrisse has been honored with various awards including: The Sydney Peace Prize Award (2017), Black Woman of the Year Award (2015) from The National Congress of Black Women, Civil Rights Leader for the 21st Century Award (2015) from the Los Angeles Times, Community Change Agent Award (2016) from BLACK GIRLS ROCK!, Inc., Women of the Year Award for the Justice Seekers Award (2016) from Glamour, and ESSENCE’ first-ever Woke Award. Patrisse is currently an 2019 MFA candidate at the University of Southern California.