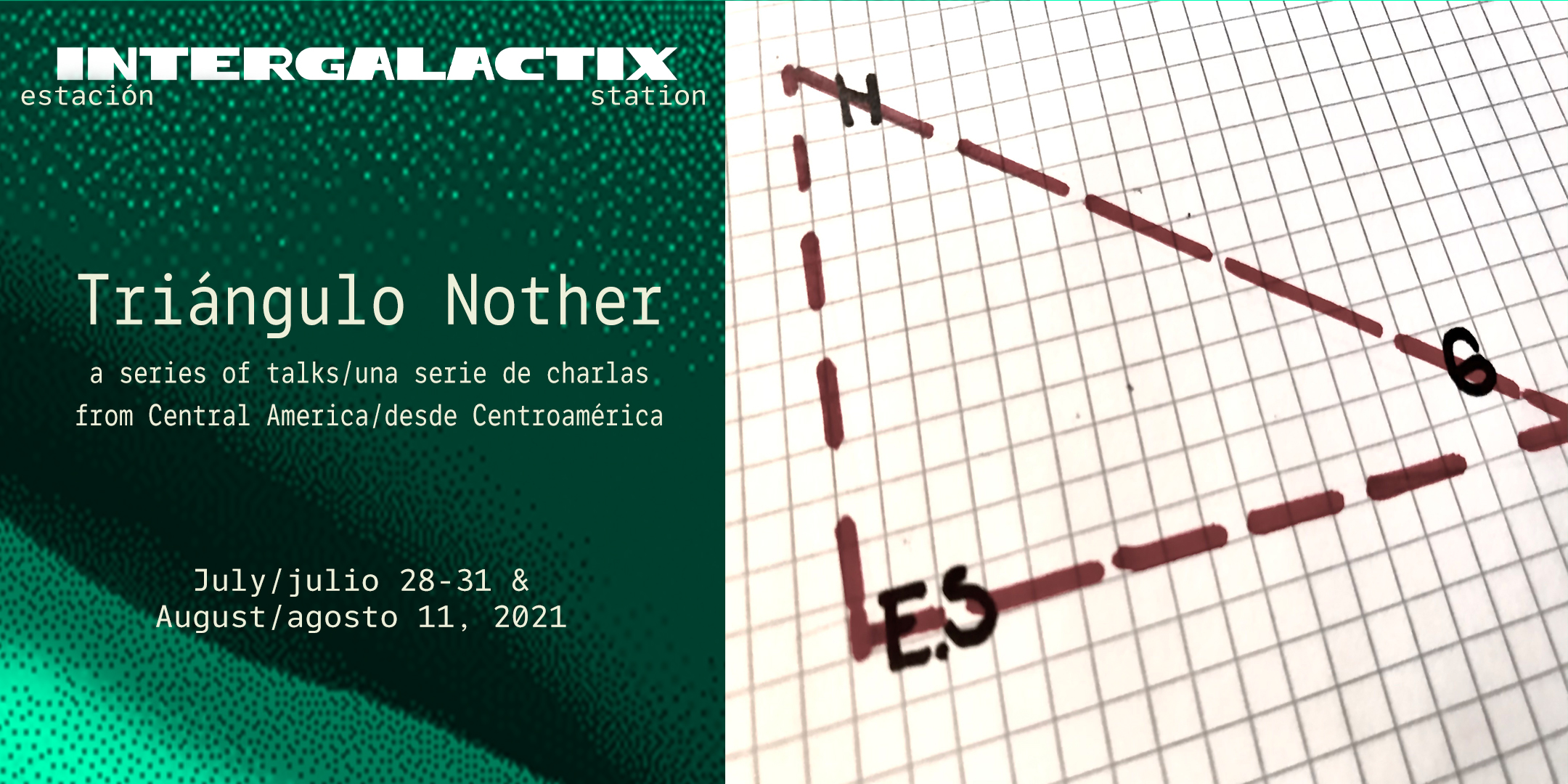 Triángulo Nother is an experimental exercise that looks to identify and analyze many of the symbolic consequences  of migratory movements. Triángulo Nother ‘s turn of phrase breaks away from and redefines “Triángulo Norte” (Northern Triangle), a geopolitical term used to reference Guatemala, El Salvador, and Honduras as a singular region overdetermined for its relationship with criminality and migration.

A conversation with Salvadoran-Canadian academic, curator, and activist Armando Perla and artist-curator Adán Vallecillo. The talk revolves around the need to propose other curatorial approaches toward migration that avoids repeating patterns of stigmatization, reductionism, and the eurocentric gaze.

Thursday, July 29
Online Talk | Migration and Aesthetics in El Salvador. From the symbolic production of the war to contemporary art.
8 am (Los Angeles)/9 am (El Salvador-Honduras-Guatemala)

Embroidered linens of the civil war were created as a result of the Sumpul massacre (1980), the migratory trajectory of the victims, and influenced by the migratory phenomenon in Salvadoran contemporary art. These are the points of departure in the conversation between visual artist and cultural management Antonio Romero and curator Adán Vallecillo, taking place in LA FABRICA in El Salvador.

Salvadoran artist Dalia Chévez talks with Mexican curator Pancho López about the reflections and questions that were generated from her performance. She says, “as a region we are still at the mercy of parent-powers: punishing, indebted and castrating powers.” She developed a series of actions that seek to investigate and demystify the forms and discourses surrounding such powers.

LACE Chief Curator Daniela Lieja Quintanar talks with Guatemalan artist Jorge Linares whose animations references  a geographical zone known as “Corredor Seco” (Dry Corridor), a zone that expels immigrants in Guatemala. They will talk about the environmental implications and the futuristic view of Linares animations.

The Honduran photographer Claudia Sevilla, curator-artist Adán Vallecillo and art historian Claudia Pretelin talk about how migration has been registered within photojournalism, and how these images frame only one part of the complex reality of migration.