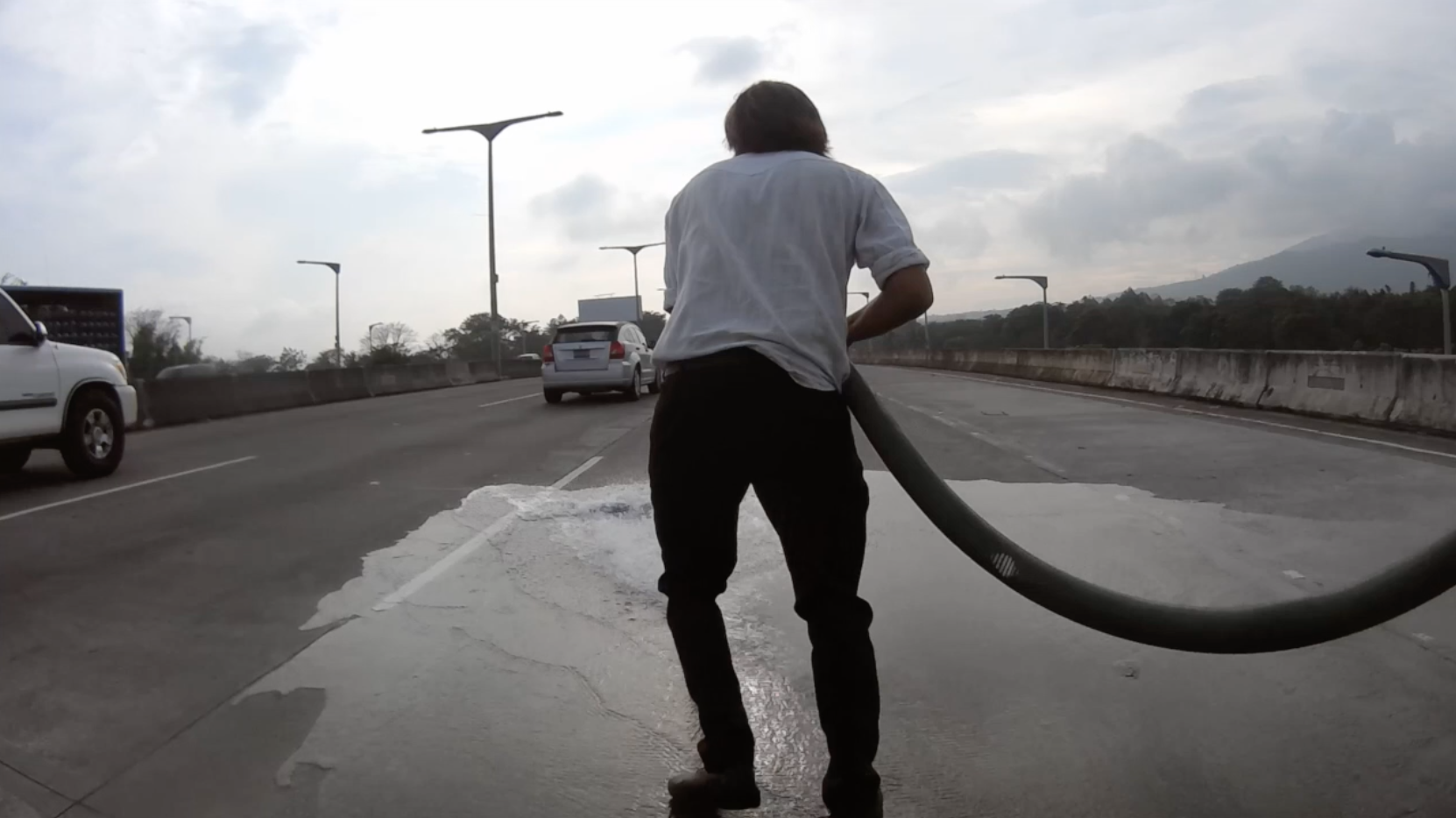 Borders of Freedom is a video exhibition featuring artists living in El Salvador and its diaspora, whose work addresses the concept of freedom from different perspectives, connecting it with intimacy, spirituality, gender, migration and sociopolitical context. Collectively, the works address the theme of freedom and consider what the artists identify as constraints of freedom and ways in which to deal with these issues. The exhibition aims to centralize creative dialogue by artists located in El Salvador as well as across the United States.

Presented in Partnership with Y.ES Contemporary and in the upcoming LACE exhibition Intergalactics: Against Isolation.

Crack Rodríguez is an artivist, and a founding member of the artist production collective The Fire Theory as well as the movement/collective Los Siempre Sospechosos de Todo. Their practices together and separately are intrinsically related to the social, political and popular culture, and aim to build strong ties with the public where reaction and or participation become a large part of the work.
In 2014, Rodríguez was nominated for the MISOL Foundation Emerging Artist Grant. In 2015, he was a Fellow at the Paul Klee Summer Academy, curated by Hassan Khan, in Bern Switzerland. In 2016, he was selected for the DESPINA Art and Activism in Latin America artist residency in Rio de Janeiro, Brazil, and in 2017, he participated in Open Source Project Art Residence in Brooklyn, USA, as part of The Fire Theory collective.
Rodriguez participated in Landings, curated by Joan Duran, in Merida, the Yucatan/Belize, supporting Rodríguez development in critical and political thinking. In 2017, he spoke at the Creative Time Summit, titled Homeland and Revolution, in Toronto, Canada. Currently, he lives and works in La Libertad, El Salvador.

Fredy Solan started his career in 2006 as a graffiti artist. His current practice is dedicated to the production of site-specific installations and actions within public spaces.
Solan had a solo exhibition Before and After at the Cultural Center of Spain; participated with the work Fusilamiento at the Eclectic Festival of the Arts (FEA); and Graffiti is Nothing at the Festival of Interventions in Public Spaces (ADAPTE), all in San Salvador, El Salvador. In 2015 Solano showed From the tangible to the intangible at VOLUMES in Zürich, Switzerland; and Tropical Taboo, a collective exhibition at Benedictine University, Lisle, USA. He has also been a recipient of the RAPACES residency in Carazo, Nicaragua, and participated in the 2016 X Central American Biennial.
Solano was featured in the 2015 article Salvador: Silent Spring by Luisa Fuentes Guaza; Art adventures with El Museo del Barrio: El Salvador by Rocío Aranda; and in Sites and Citations published by the Cisneros Foundation.

Guadalupe Maravilla is an artist who is formerly known as Irvin Morazán. He adopted his undocumented father’s fake last name, Maravilla, to show solidarity, and as an expression of political empathy. Maravilla utilizes performance, sculpture, and video to explore fictional and autobiographical rituals sparked by current events.
Maravilla’s work has been recognized with numerous awards and fellowships including: a Creative Capital Grant; Joan Mitchell Emerging Artist Grant; Art Matters Grant; VMFA 2017; VCU Fountainhead Fellowship; Dedalus Foundation Fellowship; Cisneros Foundation Travel Grant; and The Robert Mapplethorpe Award for Photography. He has participated in residencies at the LMCC Workspace, SOMA in Mexico City, Mexico, and at the Skowhegan School of Painting and Sculpture, USA.
Maravilla’s performances have been featured New York institutions, The Whitney Museum, The New Museum, The Metropolitan Museum of Art, The Bronx Museum, El Museo Del Barrio and the Jersey City Museum. He has also shown at the Masur Museum of Art in Louisiana, USA, the Caribbean Museum in Colombia, the Museum of Art El Salvador (MARTE) in El Salvador, the Mercosur Biennial in Brazil, the X Central America Biennial in Costa Rica, the XI Nicaragua Biennial in Nicaragua, Performa 11, Performa 13, Saud Haus in Berlin, Vooruit in Belgium, and more. Currently, he works as an Assistant Professor of Sculpture + Extended Media at Virginia Commonwealth University, USA.

Sayre Quevedo is an artist and journalist. He works across mediums to tell stories about intimacy, identity, and human relationships.
Quevedo began as a reporter with Youth Radio in Oakland, California at the age of 15 in 2008. Since then his work has been featured on National Public Radio, Marketplace, BBC Short Cuts, Love Me on the CBC, and Radio Atlas. He has volunteered at a community radio station in Riobamba, Ecuador and worked for Audible as an audio producer while still finishing his degree at The New School in 2017.
He is the recipient of a 2018 Third Coast/RHDF Directors’ Choice Award and was nominated for a Best Audio Documentary award by the International Documentary Association. Quevedo continues to pursue his own personal projects while also reporting on Central America and the diaspora, among other issues, for NPR’s Latino USA.His latest screenings and exhibitions include: Selected Shorts – The Fest – Chicago, IL, 2018; Sentades en Silencio – New Women Space, New York NY, 2018; Re:Construcción – International Tour (U.S. and El Salvador), 2017.