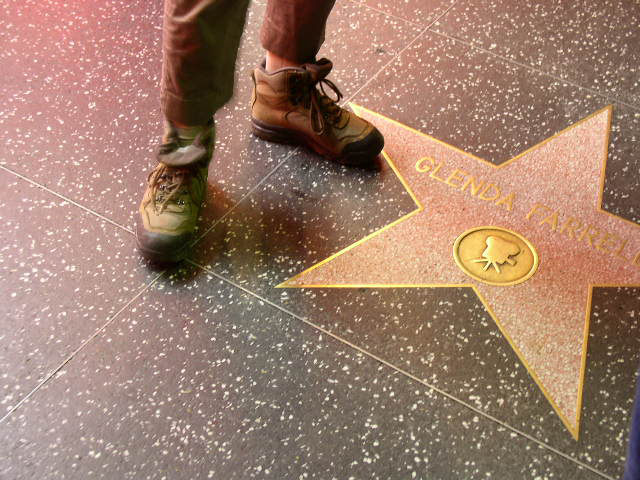 Hollywood Confidential explores the myth and reality of Hollywood through the eyes of three creative practitioners: Margaret Crawford (Professor of Urban Design and Planning Theory at the Harvard Graduate School of Design and editor of Everyday Urbanism), Teddy Cruz (principal of Estudio Teddy Cruz and Woodbury University faculty member) and Los Angeles Urban Rangers (a group of LA-based geographers, environmental and art historians, artists, curators, architects, and others – who aim, with both wit and a healthy dose of sincerity, to facilitate creative, critical, head-on, oblique, and crisscrossed investigations into our sprawling metropolis and its various ecologies). They will each share the results of a Situationist Dérive-inspired journey in Hollywood to explore its grit and glamour. Come enjoy their discoveries and then take a walk of your own.

The evening is part of LACE’s Public Interest Salon Series and is held in conjunction with the American Institute of Architects’ (AIA) Annual Conference.

About the PUBLIC INTEREST SALON SERIES at LACE
The Public Interest Salon Series explores the evolving nature of the public realm by focusing on contemporary architecture, design and visual art projects that challenge standard notions of public space to manifest social as well as physical impact within an urban context. The series launched on 11 January 2006 with a conversation between Vito Acconci/Acconci Studio and Thom Mayne/Morphosis, moderated by Linda Taalman/Taalman Koch Architecture. The second event in this quarterly series, Encuentro, hosted by the audio-activist organization, Ultra-Red, took place on 1 April. Hollywood Confidential marks the series’ third event.

About CCRD – Woodbury University’s Center for Community Research Design
With a mission to engage and sustain the diverse culture of the region through collaboration, research and design, the CCRD seeks to develop awareness and direct participation in the urban issues, practices and places that define the city. The CCRD is a public resource providing exhibitions, lectures, workshops, exchanges, and publications. The CCRD, located at 6518 Hollywood Blvd, Los Angeles CA 90028, is free and open to the public 5-11 June, from 10 am to 8 pm. 323.461.6486, 323.461.5637