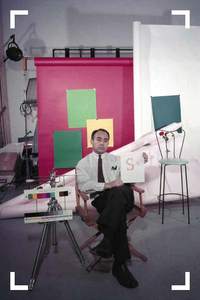 Pedro E. Guerrero: Photographs of Modern Life is the first extensive exhibition on the West Coast of Guerrero’s career an architectural photographer. It highlights the diversity of Guerrero’s subjects taken over seven decades, which included the architecture of Marcel Breuer, Philip Johnson, Edward Durell Stone, and Eero Saarinen, and ranged from portraits of architects to commercial work for House & Garden, Vogue, the New York Times Magazine, and Architectural Record. He is perhaps best known for his close relationship with Frank Lloyd Wright, for whom he served as the architect’s photographer and friend for twenty years. The exhibition will feature Guerrero’s illuminating portraits of the architect, including twelve photographs of Wright’s hands demonstrating the difference between organic and conventional architecture at the Plaza Hotel in New York.