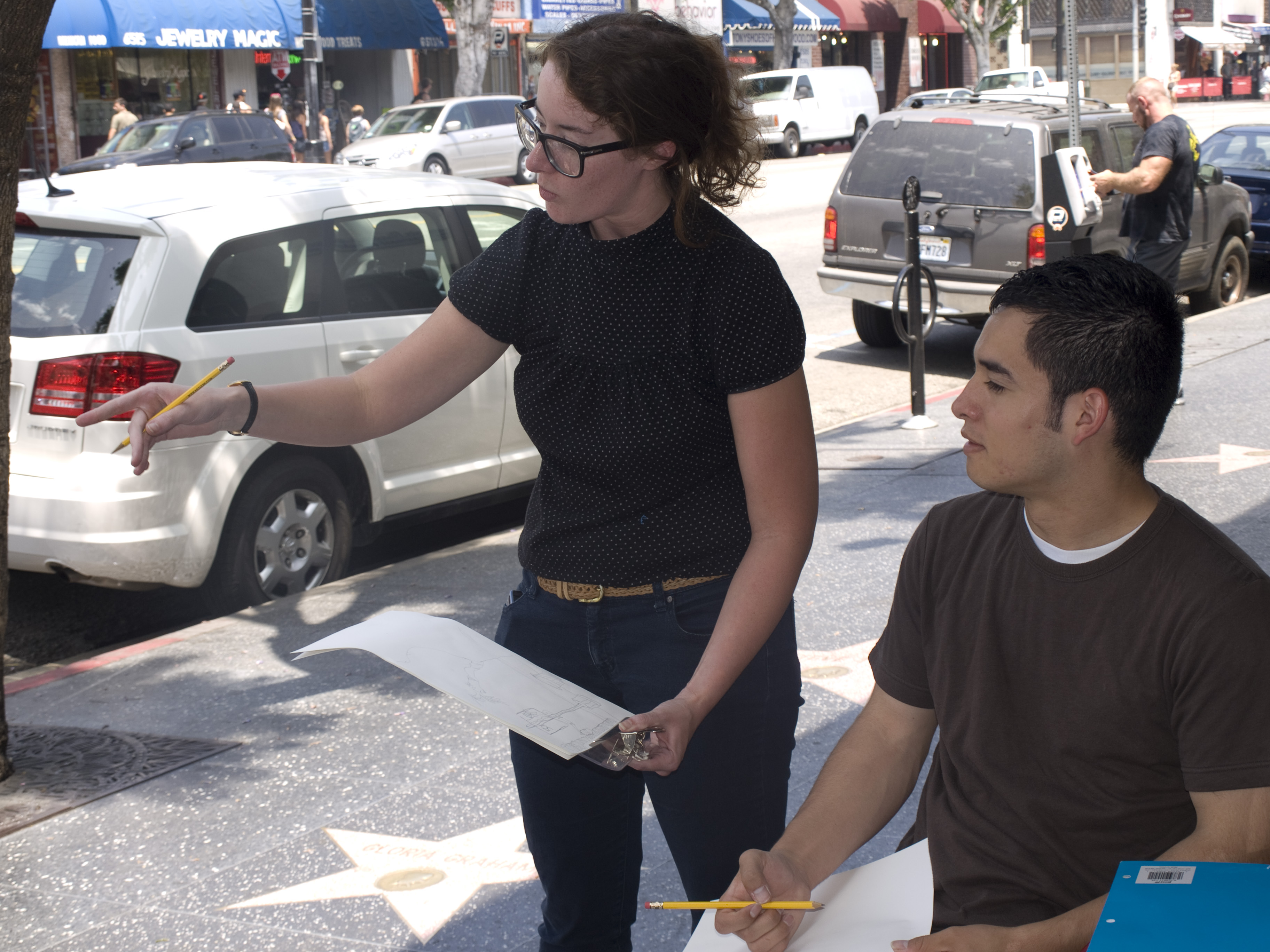 Join Jessica Pezalla, Elana Melissa Hill, Kim Alexander Jr., and Erica Ryan Stallones in drop-in drawing workshops which will bring attention to the relationships between architecture and the living organisms inhabiting the dense Hollywood streets surrounding LACE. Examine the connections people, plants, and animals form amongst the disparate urban spaces — street fissures, barriers, and restrictions created by the boundaries of public vs. private space. How do living things and man-made structures affect one another in an urban landscape as opposed to “natural” ones? What happens to culture and society when nature is inserted into or left to thrive in the city?

Jessica Pezalla recently moved to Los Angeles after completing a yearlong Staff Artist in Residence position at Vermont Studio Center in Johnson, VT. Born in Montreal, Canada, she has a BA in Studio Art from Oberlin College and an MFA in New Genres from the San Francisco Art Institute. She has attended residencies at Ragdale in Lake Forest, IL and the Contemporary Artists Center in North Adams, MA. Solo exhibitions include Mark Wolfe Contemporary Art in San Francisco and the Red Mill Gallery at Vermont Studio Center. Pezalla’s current series of papier-mâché sculptures explores the overlap between interior spaces and the natural world.  Find out more about Jessica’s work at www.fakenature.com

Elana Melissa Hill is a California native who completed her BA at UC Irvine, and is currently in an MFA program at Claremont Graduate University. Her most recent exhibition was at The Hive Los Angeles. Her paintings are imaginative urban landscapes that combine the chaotic movement of poured and sprayed paint with the precision of pen and ink drawings. The iconic images in her paintings are pulled directly from the urban areas of Los Angeles, San Francisco and New York, as well as industrial areas found sprawling in between. See some of her work at elanamelissahill.wordpress.com.

Kim Alexander Jr. received his BA in 2005 from the Evergreen State College with an emphasis in Pre-Columbian Art History and Printmaking. He is currently an MFA candidate at Claremont Graduate University. Kim’s work is invested in asserting drawing as a primary medium for articulating ideas in art and design. The work investigates the potential for drawing to scramble and expand the boundaries of design, architecture, and art. He distills the highly stylized forms of late modernist American design so they begin to operate in the realm of symbols and icons. By accepting drawing as operating in a conceptual space, he explores experimental loops between visual logic, drafting and other medium.

Erica Ryan Stallones is a Los Angeles based artist currently completing her MFA at Claremont Graduate University. Her paintings capture and explore a world parallel to our own, but inaccessible through form, psychology, and situation. The figure or gathering is central in Stallones’ work’ it is watching, waiting, connecting to an unknown party outside the picture frame. Universal elements of light, heat and time affect the figure within a recognizable but non-specific environment to access an uncomfortable familiarity and an invitation to seek after that which has been hidden or lost.