Screening: The Polymath, or the Life and Opinions of Samuel R. Delany, Gentleman 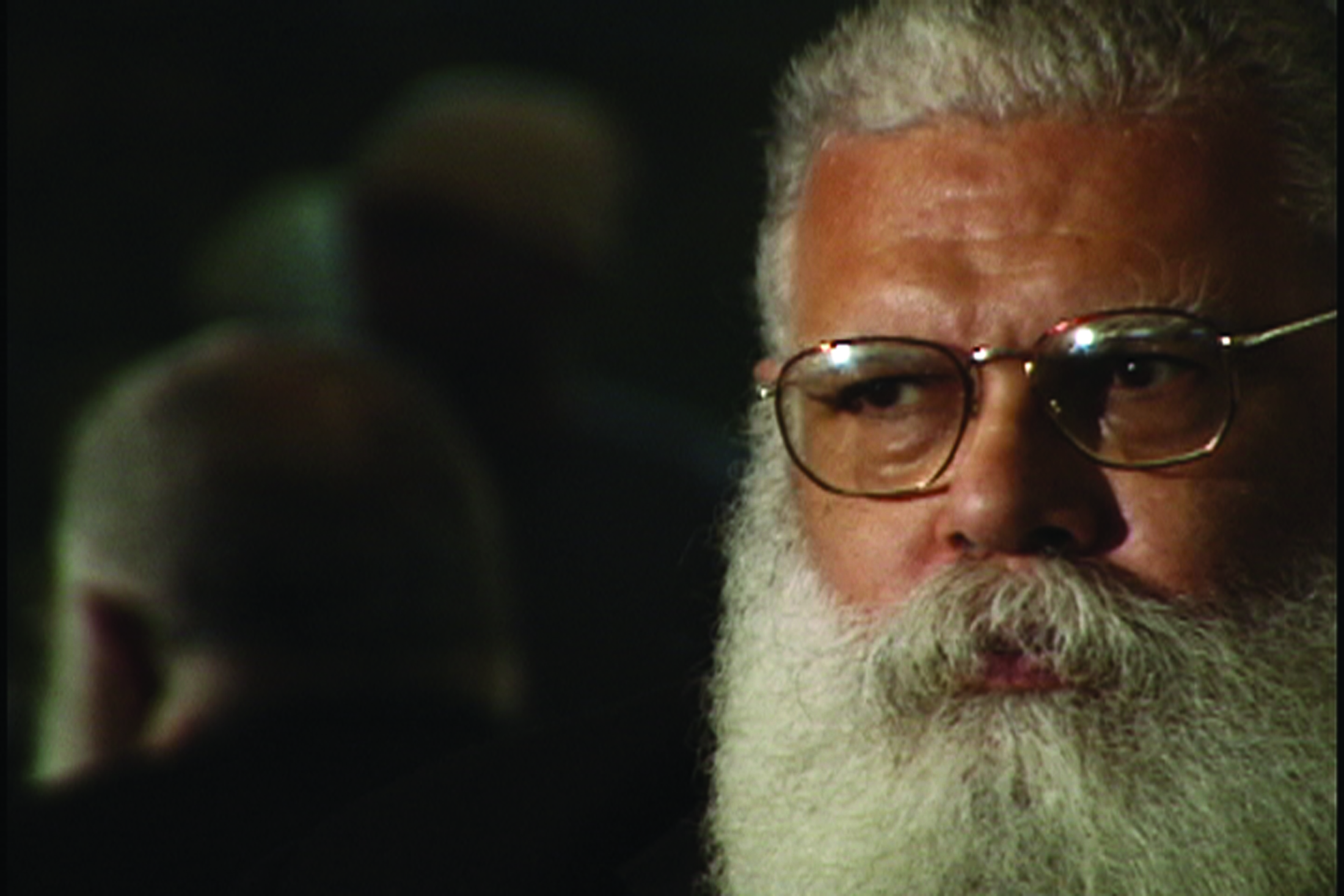 LACE is proud to present in conjunction with Speculative a rare screening of Fred Barney Taylor’s 2007 documentary The Polymath, or the Life and Opinions of Samuel R. Delany, Gentleman.

Polymath depicts the intense life of Samuel R. Delany. This self-described “ordinary, dull, Black faggot” has been a rebellious pioneer who opened up the white male universe of science fiction to issues of race, gender and sexuality. In a career that spans over forty years he has authored more than 40 books, including works of fiction, critical essays, memoirs, pornography and several issues of Wonder Woman. In his personal life, Delany has managed to confound social nor ms by being married for 19 years to a bisexual white woman – poet Marilyn Hacker – while tirelessly cruising New York gay sexual underground. The documentary captures him while retelling the story and tracing a lost geography of highly symbolic New York districts such as Times Square, Harlem and the East Village. By juxtaposing Delany’s flow of memories, readings and archive footage with mesmerizing imagery of the city, The Polymath expresses in vivid detail the complexities of an eclectic intellectual.

ABOUT SAMUEL R. DELANY
Born in Harlem in 1942, Samuel R. Delany was the son of a funeral parlor owner and the nephew of the Delany sisters immortalized in the book (and play) “Having Our Say”. Although raised in Harlem, he had the financial wherewithal to cultivate interests in theatre and books as well as math, science, and music. He was further distinguished, at least inwardly, by an emerging sexual interest in other boys. By age 13, he began a novel, and the following year composed and orchestrated a violin concerto.

As a teen Delany attended the Bronx High School of Science, but his college career was shortlived. He dropped out of City College after only one semester. Nonetheless by the time he was 20 he had published his first novel, The Jewels of Aptor, an even more remarkable feat considering it was his first-ever science fiction publication. Now called the young “sci-fi prodigy”, he immersed himself in the social experimentation of the East Village. Like an outcropping of an alien civilization it (and the strange subcultures belched out by the city thereafter) would prove the impetus for much of his later fantastic imaginings. He was also immersed in folk music, singing with The Harbor Singers, Waldo & Oversoul, and later the folk-pop group The Heavenly Breakfast (though none of them ever recorded).

Proving that the first novel was no fluke, Delany followed it up with a steady stream of work, issuing eight novels between the ages of 20 and 27 — though the first five had been completed before he was 22. Nor was he simply cranking out light, fluffy swordplay/spaceship sagas; rather his works were informed by literary sensitivity and deep interest in and knowledge of mythology. And they were challenging. Sexual roles, racial stereotypes, morality, and even the structure of language and narration were all played with, to varying effect. But he seemed to hit the peak of shock value in the mid-1970s, a time when he was also branching out as a literary critic, with his novels The Tides of Lust (1973), Dhalgren (1975), and Triton (1976).

Like others identified with the New Wave of science fiction, Delany became synonymous with a new type of science fiction, one that dealt less with hard science, space adventures, and little green men and more with a kind of poking at the edges of the social reality taken for granted. With Delany this naturally included going beyond mainstream culture’s cherished heterosexuality and its limited sense of “natural” relationships. He dipped not only into the realms of homoeroticism and bisexuality, but also into sadomasochism and other even more exotic sensualities.

In his personal life meanwhile, Delany managed to confound social norms with equal flourish. In 1961, despite his interest in men, he fathered a child -– with a young, white, Jewish girl, Marilyn Hacker who was herself bisexual. Local law however forbid interracial marriage and designated Hacker as beneath the age of consent, so the pair to took a Greyhound to Michigan where laws were more amenable. They divorced in 1980. Delany later founded Gay Fathers of the Upper West Side.

In 1975 he began teaching at various universities, eventually settling in at Temple University in Philadelphia where he is now a tenured professor. Despite this income, and despite his success as an author, Delany lives in modest circumstances — no doubt due in part to the fact that so many of his books were allowed to go out of print. However, recent trends in publishing, and in public taste, have motivated publishers to reissue his work, in many cases presenting the first complete version ever released (as with Jewels of Aptor, which had long been missing no less than a third of the book).

Delany’s literary honors include Nebula Awards for his novels Babel-17 (1966) and The Einstein Intersection (1967) and for the short story “Aye, and Gomorrah”. He was awarded the Nebula and the Hugo for his novelette “Time Considered as a Helix of Semi-Precious Stones”, and he received the Hugo for his eyebrow-raising memoir The Motion of Light in Water. One of his novels, Triton, has generated college courses dedicated to its study and explication, and a number of books have been published about Delany and his fiction.

For further information on Samuel R. Delany and to view his full bibliography visit his website samualrdelany.com

ABOUT THE DIRECTOR
Fred Barney Taylor’s 30-year career has consisted of a combination of cultural interests, travel, filmmaking and teaching.  He has made films in North, Central and South America, Europe, Africa and the Caribbean. He has developed and taught film and video programs in England and Mexico as well as New York. His films have appeared on Discovery Network’s Travel Channel, PBS and have been screened at festivals in North and Central America, the Caribbean, and Europe. He lives in New York City with his wife and daughter.

“Although this highly erudite fellow—author of the sci-fi classic Dhalgren and the pornotopic Deuce memoir Times Square Red, Times Square Blue, among zillions of others—describes himself as “the world’s most ordinary, boring, dull black faggot,” Fred Barney Taylor’s doc will convince you otherwise in the first two minutes. Delany really does know—and has done—everything”  Time Out New York