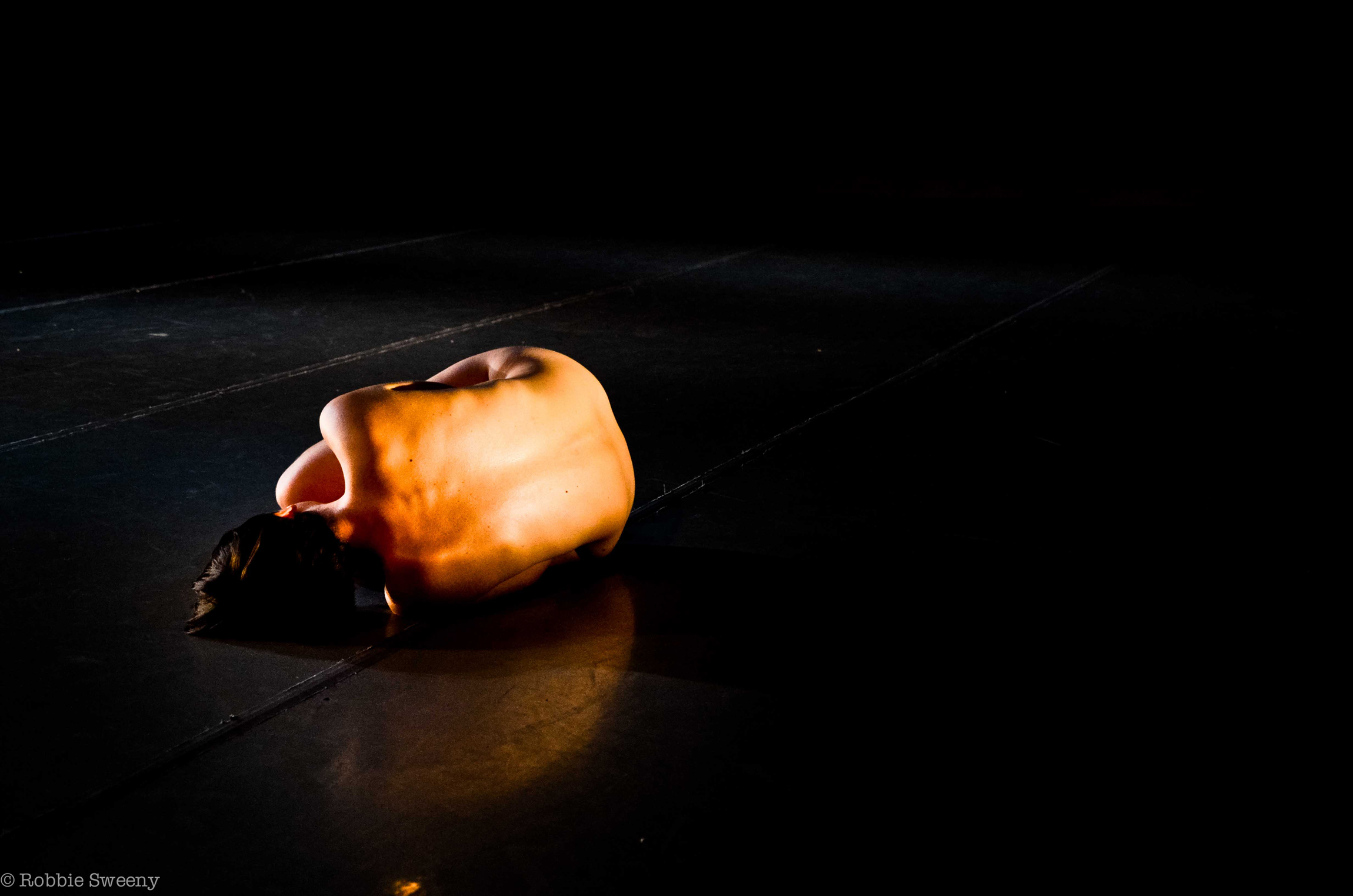 This performance event will be clothing optional, and therefore we ask that guests be at least 18 years of age. There will be a clothes check in the main gallery.

Please stay for a Q & A session with the artist afterwards.

ABOUT THE ARTIST
Tessa Wills is a British live / performance artist and choreographer based in San Francisco who has also made a name for herself as a visual artist and arts leader in Brussels, London and Vienna. Her current concerns in practice involve: wounds, punctures, liminality and the movement organizational principles of birds.

Tessa recently completed: the solo work bird and person dyning, performed during the 2011 10-hour Too Much! queer performance marathon (curated by Keith Hennessey and Julie Phelps); a commission for the Meridian Gallery, Union Square (San Francisco) titled, flicker/follow; and mine/scratch/mine,an 11-minute dance film funded by the British Council which she is enjoying sharing with performance communities in the US. She has also premiered a piece with four men titled reception at CounterPULSE (SF), about the process of puncturing, and how it is an action which re-genders bodies.

Tessa’s background began with music, ballet and contemporary dance training, leading to live / performance art, and has been moving towards an interrogation of dance and its inherent value/not.  Tessa recently completed her Masters in Choreography from the University of Middlesex. She is currently leading a Bay Area dramaturgy group to investigate and reflect on the cultural identity of the area in an international context through partnership with local SF theaters.  She has chosen to live in San Francisco because of the sensuality of the city.

Tessa’s performance at LACE will be her first Los Angeles appearance.  She is excited about investigating LA, its communities and performance scene.

ABOUT THE CURATOR
Dino Dinco was raised by a family of fighting chickens in rural Pennsylvania before moving to Los Angeles as a child. He is an independent curator, filmmaker and artist. His work has been exhibited in solo exhibitions in Paris (2005, 2001), Los Angeles (2001), and San Francisco (2009, 2004), as well as in group shows in London, Paris, Antwerp, Hasselt (Belgium), Mexicali, New York and Hamburg. Selections from his photographic series “Chico” were featured at Salon Paris Photo at The Louvre, Paris (2001 – 2002). His work has appeared in publications such as i-D (UK), Dutch (France), Revista Espacio (Mexico), V (US), Vogue Brasil (Brazil), Tokion (Japan), BIG (US), Studio Voice (Japan), Zoo (France) and BUTT (Holland).  Dinco’s award-winning short film — “El Abuelo” — premiered at the Tate Modern in London, May 2008 and continues to screen in festivals and schools. His first feature length documentary film — “Homeboy” — profiles gay Latino men who were in gangs and premiered at the 2011 Mardi Gras Film Festival in Sydney.  Dinco’s recent exhibition of photographs, installation, and objects, “Todos Somos Putos” (with Julio Torres) was favorably reviewed by novelist and Semiotext(e) co-editor, Chris Kraus, in the December 2010 edition of Artforum.  His favorite superhero has always been Underdog.